Universal Pictures and Focus Features have released the first poster of the adaptation of E.L. James’ novel Fifty Shades of Grey.

The poster depicts business magnate Christian Grey with his back to the viewer, facing a window, with the message: “Mr. Grey Will See You Now.” 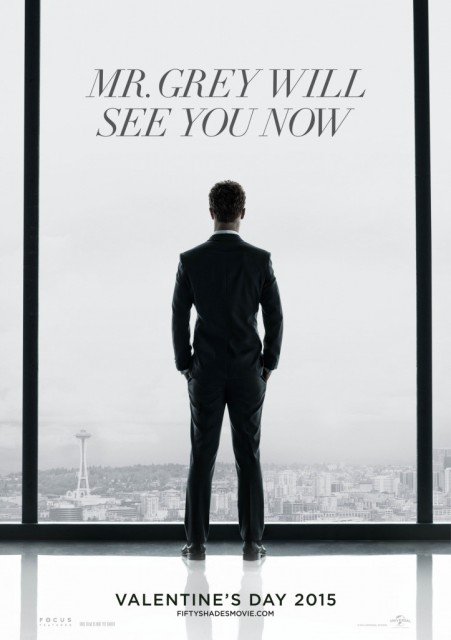 Fifty Shades of Grey movie is set to be released on February 13, 2015

It was originally slated for release on August 1, 2014, but the date was moved back after Charlie Hunnam, who was initially cast to play Christian Grey, dropped out of the film, citing scheduling conflicts.

Jamie Dornan will now portray Christian Grey in the film.

The book and film depict the relationship between Christian Grey and Anastasia Steele, who’ll be portrayed by Dakota Johnson.