Sinead O’Connor feared for her life last week after she was hospitalized with a mystery illness.

The singer fell ill last Tuesday and was taken to a hospital near her home in Ireland by her sister.

Sinead O’Connor, 47, was transferred to another medical facility amid fears she had suffered an abdominal aneurysm, but she was later diagnosed with kidney stones.

She was discharged from hospital, but called out a doctor to her home on Friday and was given potent drug Demerol to combat her ongoing pain.

Sinead O’Connor admits she was so worried during her health scare, she started to make plans for her own funeral. 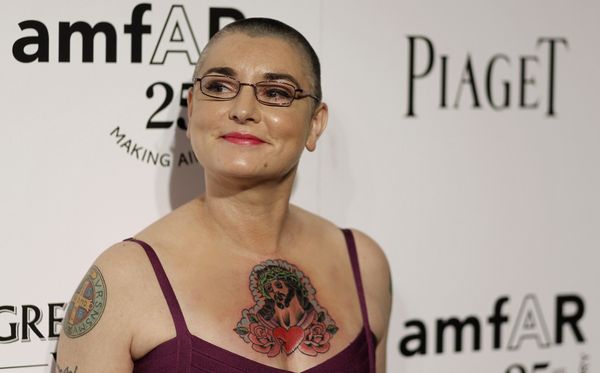 Sinead O’Connor admits she was so worried during her health scare, she started to make plans for her own funeral

In a post on her blog, the singer wrote: “I get seized by pain that feels like all my back ribs and all front are broken. Literally as if someone stamped all over me and smashed them … or I got run over by a car. So we’re thinking ok … I could croak (die) any minute… and we start making plans … as to how the kids will be ok …”

Sinead O’Connor eventually returned to hospital again over the weekend and underwent a battery of tests, and has now blamed her ill health on “a physical reaction to an emotional trauma”.

“He asks me have I been upset about anything … I sob quietly and say <<Yes … something extremely traumatic happened about a week ago>> … He says <<There’s your problem>> … So [I am] now in recovery mode.”