During an interview with a German television, President Barack Obama has said he will not let controversial NSA surveillance undermine Washington’s ties with Germany.

Speaking to Germany’s ZDF TV, Barack Obama indicated that US bugging of Chancellor Angela Merkel’s mobile phone had been a mistake and would not happen again.

On Friday, Barack Obama ordered curbs on how intelligence was being collected.

On Saturday, he told ZDF: “I don’t need and don’t want to harm that (US-German) relationship by a surveillance mechanism that somehow would impede the kind of communication and trust that we have.” 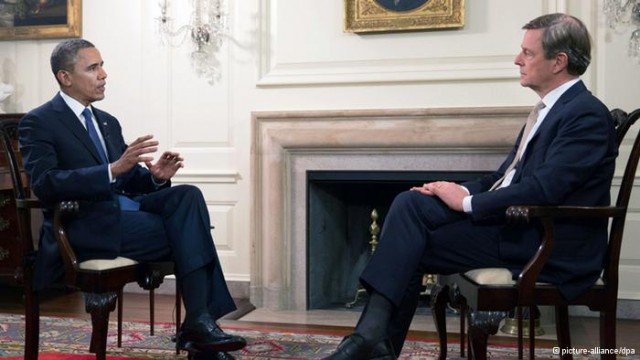 Speaking to Germany’s ZDF TV, Barack Obama indicated that US bugging of Chancellor Angela Merkel’s mobile phone had been a mistake and would not happen again

“As long as I’m president of the United States, the chancellor of Germany will not have to worry about this.”

Barack Obama added the US intelligence services, like all others, would continue to be interested in what world governments’ intentions were.

“There is no point in having an intelligence service if you are restricted to the things that you can read in the New York Times or Der Spiegel,” he said.

“The truth of the matter is that by definition the job of intelligence is to find out: Well, what are folks thinking? What are they doing?”

Barack Obama said he and Chancellor Angela Merkel might not always be of the same opinion but that was not a “reason to wiretap”.

The interview was broadcast a day after Barack Obama ordered restrictions on the use of bulk data collected by US intelligence agencies, saying civil liberties must be respected.