Thousands of Ukrainians have rallied in Kiev in the first anti-government protest of 2014.

The protesters oppose President Viktor Yanukovych’s policy of strengthening ties with Russia rather than the EU.

They began a series of rallies in November calling for his resignation.

The protests, and occupation of the square by activists, were sparked by Viktor Yanukovych’s decision to abandon plans to sign an association agreement with the EU.

Instead, Ukraine struck a deal with Russia in December, which has seen big cuts in the price of gas imports from Russia. 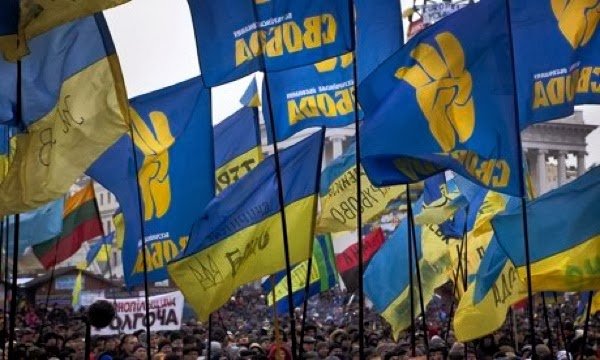 Some 10,000 people are estimated to have gathered for this latest rally – considerably fewer than the peak of the campaign in December which saw crowds estimated at 200,000.

Many protesters have stayed camped out in Independence Square since the opposition campaign began.

There have been occasional outbreaks of violence as police tried unsuccessfully to clear the square using tear gas.

“The authorities are pretending they cannot hear us. I know it’s hard for us, but we have enough strength to win,” Vitali Klitschko told the crowd.

He called for renewed demonstrations after the Orthodox Christmas holidays on Monday and Tuesday and warned of a general strike.

The last major opposition protest at the end of December was given further impetus by an attack on activist and journalist Tetyana Chornovol, who was severely beaten up on Christmas Day.

She had accused Viktor Yanukovych of corruption over his financing of his official residence outside Kiev.

Viktor Yanukovych denied any allegation of corruption and called for an investigation into the attack on Tetyana Chornovol.