JK Rowling’s lawyer, who revealed she is actually crime writer Robert Galbraith, has been fined £1,000 ($1,500) for breaching privacy rules.

Chris Gossage, a partner at Russells Solicitors, has also been issued with a written rebuke from the Solicitors Regulation Authority (SRA).

He confided in his wife’s best friend that JK Rowling had written The Cuckoo’s Calling under a pseudonym.

It was then publicly revealed by The Sunday Times in July last year.

JK Rowling took legal action later that month against Chris Gossage and his friend Judith Callegari, who had revealed the information during a Twitter exchange with journalist India Knight.

Harry Potter author accepted an apology from the law firm and substantial damages, in the form of a charity donation. 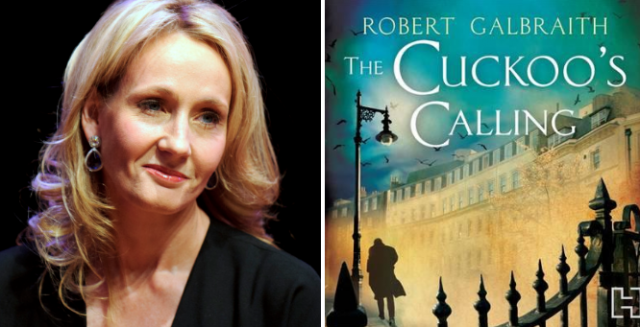 JK Rowling took legal action later that month against Chris Gossage and his friend Judith Callegari, who had revealed she is actually crime writer Robert Galbraith

In a ruling issued on November 26 but made public on December 30, the SRA said that “by disclosing confidential information about a client to a third party” Chris Gossage had breached several principles of its rules and code of conduct.

The breaches included failing to “act in the best interests of each client” and a rule that members should “behave in a way that maintains the trust the public places in you and in the provision of legal services”.

JK Rowling, who had only told a “tiny number” of people about her pen name, said she had assumed she “could expect total confidentiality” from Russells Solicitors.

“I feel very angry that my trust turned out to be misplaced,” she said in a statement in July.

“To say that I am disappointed is an understatement.”

The law firm said Robert Galbraith’s true identity was revealed by Chris Gossage “during a private conversation” and that “the disclosure was made in confidence to someone he trusted implicitly”.

The Cuckoo’s Calling, about a war veteran turned private investigator, had originally sold just 1,500 copies but within hours of JK Rowling being publicly named, it had risen more than 5,000 places to top Amazon’s sales list.

JK Rowling decided all royalties should be donated to The Soldiers’ Charity.