Kim Jong-un made his first public reference to the execution of his once-powerful uncle – Jang Sung-taek.

North Korea announced on December 12 it had executed Jang Sung-taek after convicting him of “acts of treachery”.

The move raised concerns of instability in the secretive nuclear-armed country. 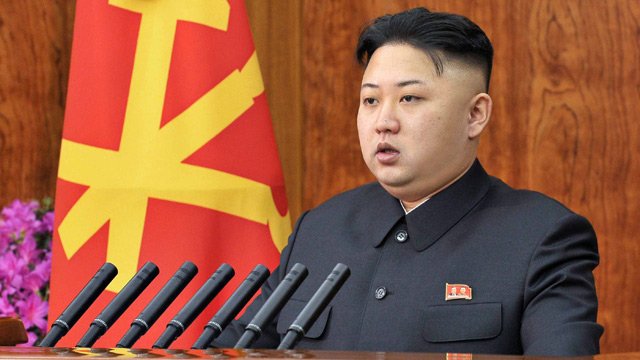 Kim Jong-un said action to “eliminate factionalist fi**h” within the ruling Workers’ Party had bolstered the country’s unity “by 100 times”.

“Our party’s timely, accurate decision to purge the anti-party, anti-revolutionary elements helped greatly cement solidarity within our party,” he said.

Kim Jong-un also accused South Korea and US of being “warmongers”, working “frantically” to bring nuclear weapons to the peninsula.

He called for the strengthening of North Korea’s defense capabilities, adding that the country’s dignity and the people’s happiness depend on “the gun barrel”.

Jang Sung-taek was married to the sister of late leader Kim Jong-il, and is believed to have mentored Kim Jong-un when he succeeded his father in 2011.

Although seen as the second-most important figure in the country, Jang Sung-taek was dramatically removed from a special party session by armed guards and stripped of all his titles.

The state news agency KCNA later said he had admitted at a military trial to trying to overthrow the state, and had been executed immediately.

Analysts said one theory for Jang Sung-taek ‘s downfall was that he was too keen an admirer of China’s economic reform.