In one of his first chances to comment on the controversy surrounding his father and co-star Phil Robertson, Willie Robertson had only kind words for the A&E network and New Year’s wishes for the nation.

“We’re just glad to be back to work, and A&E and us are fine,” Willie Robertson said in a live appearance with his wife Korie Robertson from Steamboat Springs, Colorado.

Hosts Bill Hemmer and Elizabeth Hasselbeck gave Willie Robertson several chances to address the firestorm surrounding the suspension of his father over anti-gay comments, but without quite ducking the question, the rsality star chose not to take the bait either. 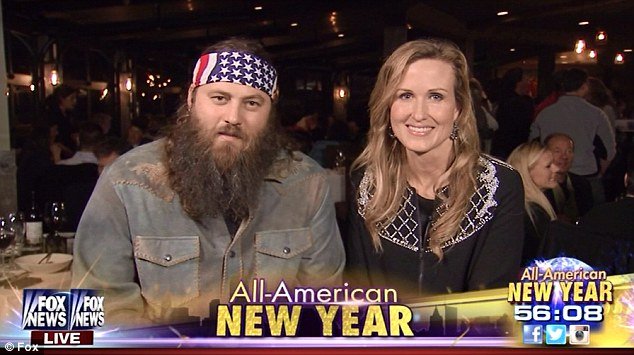 “We’re looking forward to getting back to making some funny shows. It’s a New Year so we’re ready to break in a New Year and start it all over again,” Willie Robertson said.

Asked her thoughts on the suspension by Hasselbeck, Korie Robertson took the same conciliatory tone.

“Hey, I’m just glad the family’s all together, the best thing about the show is we get to do it as a family,” she said.

A&E reinstated Phil Robertson on Friday, nine days after suspending him over the anti-gay comments made to GQ magazine.

Phil Robertson’s suspension sparked brought out legions of defenders who felt he was being censored by A&E.