As Duck Dynasty’s Phil Robertson was reinstated on the show Friday following his suspension over anti-gay comments, fans and foes of the move made their views known.

Advocacy group Faith Driven Consumer, which campaigned vigorously that Phil Robertson’s suspension be dropped, issued this statement: “Today’s decision by A&E to reinstate Phil Robertson to Duck Dynasty is in direct response to the powerful and engaged voices of millions of Faith Driven Consumers, as highlighted by more than 260,000 signers of the IStandWithPhil.com petition.

“However, the question remains, has the Faith Driven Consumer community truly been heard? 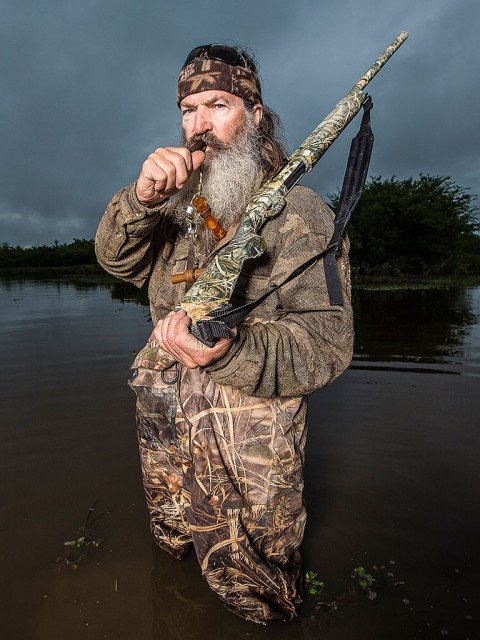 “Despite our celebration, we remain uncertain of A&E’s true intent. Today, in the network’s statement of their core values – centered on <<creativity, inclusion, and mutual respect>> – Faith Driven Consumers are left wondering whether A&E considers us to be a part of America’s rich rainbow of diversity. Do they also now embrace the biblically based values and world view held by the Robertson family and millions of Faith Driven Consumers?”

GLAAD, the advocacy group whose vocal condemnation of Phil Robertson’s controversial comments to GQ magazine contributed to A&E’s decision to suspend him, warned both the network and its reality star that they were none too pleased, and would be watching carefully the show’s next steps.

“Phil Robertson should look African-American and gay people in the eyes and hear about the hurtful impact of praising Jim Crow laws and comparing gay people to terrorists,” GLAAD said.

“If dialogue with Phil is not part of next steps then A&E has chosen profits over African American and gay people – especially its employees and viewers.”

Duck Dynasty reality show is a huge money making enterprise for A&E which is co-owned by Walt Disney Co. and Hearst Corp.

According to Forbes magazine, Duck Dynasty has generated $400 million in merchandise sales and $80 million in ad sales for the first nine months of this year.