British computer pioneer and codebreaker Alan Turing has been given a posthumous royal pardon.

Queen Elizabeth II granted a rare “mercy pardon” Monday to Alan Turing, the computing and mathematics pioneer whose chemical castration for being gay drove him to suicide almost 60 years ago.

The conviction meant he lost his security clearance and had to stop the code-cracking work that proved vital to the Allies in World War II.

The pardon was granted under the Royal Prerogative of Mercy after a request by Justice Minister Chris Grayling.

He said the research Alan Turing carried out during the war at Bletchley Park undoubtedly shortened the conflict and saved thousands of lives.

Alan Turing was one of the leading scientific geniuses of the 20th century – the man who cracked the supposedly uncrackable Enigma code used by Nazi Germany in World War II and the man many scholars consider the father of modern computer science. 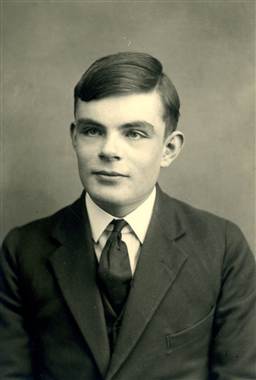 By the time he was 23, Alan Turing had hypothesized what would become today’s computers – the Turing machine, which could emulate any computing device or program. Almost 80 years later, Alan Turing machines are still used in theoretical computation.

“His later life was overshadowed by his conviction for homos**ual activity, a sentence we would now consider unjust and discriminatory and which has now been repealed,” said Chris Grayling.

“Turing deserves to be remembered and recognized for his fantastic contribution to the war effort and his legacy to science. A pardon from the Queen is a fitting tribute to an exceptional man.”

The pardon comes into effect on December 24.

Alan Turing died in June 1954 from cyanide poisoning and an inquest decided that he had committed suicide. However, biographers, friends and other students of his life dispute the finding and suggest his death was an accident.