Eminem, now 41, famously claimed that he and Mariah Carey had a relationship after their meeting in 2001.

Mariah Carey’s pointed response on the matter was her 2009 smash Obsessed, which inspired a video that featured herself in male drag as, presumably, Eminem himself.

On the Sunday episode of Watch What Happens Live!, Andy Cohen broached the topic to Mariah Carey during a round of Plead the Fifth by asking her to say three nice things about Eminem. 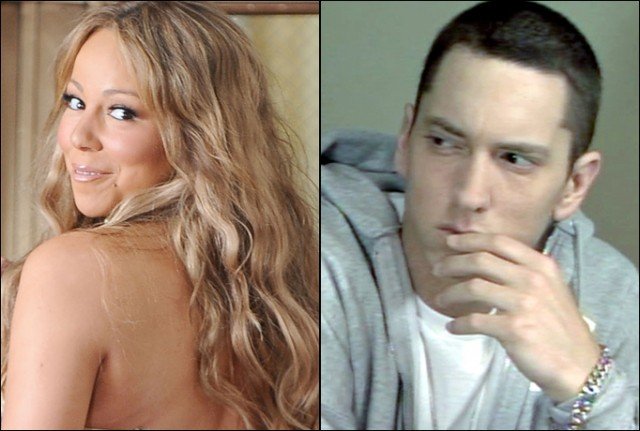 Mariah Carey response was sweetly sarcastic: “They come in a package that you can carry wherever you go. People love them around the world, and they’re tasty. You can have peanut or the regular kind.”

Mariah Carey also revealed that she and husband Nick Cannon won’t be adding to their brood ever: “Here’s the thing, I’m responsible for the kids for like forever. They didn’t ask for this lifestyle but here they are.”