President Barack Obama has suggested at his end-of-year news conference there may be a review of surveillance by the National Security Agency (NSA) in the wake of a series of spying revelations.

Barack Obama said in “light of disclosures that have taken place” and public concerns about the programmes “there may be another way of skinning the cat”.

He declined to say whether or not Edward Snowden could be offered an amnesty.

Edward Snowden fled the US in late May, taking a huge cache of secret documents with him. He faces espionage charges in the US and has been granted temporary asylum in Russia. 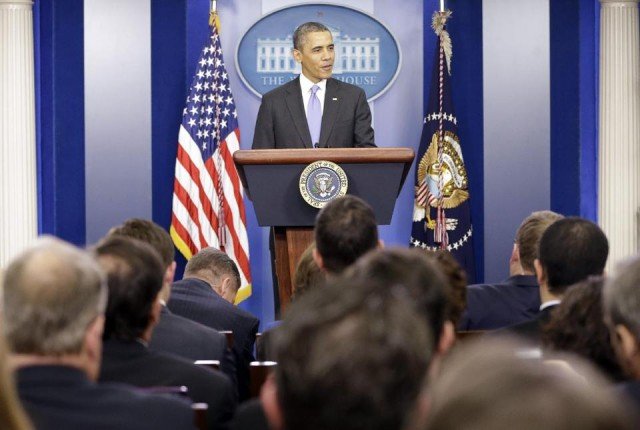 “There are ways we can do it, potentially, that gives people greater assurance that there are checks and balances, that there’s sufficient oversight and sufficient transparency,” Barack Obama said.

He said that programmes like the bulk collection of phone records “could be redesigned in ways that give you the same information when you need it without creating these potentials for abuse”.

Barack Obama said he would make a “definitive statement” in January about recommendations by the White House panel.

“I have confidence in the fact that the NSA is not engaging in domestic surveillance or snooping around,” he added.

“We may have to refine this further to give people more confidence. And I’m going to be working very hard on doing that.”

On the subject of possibly granting Edward Snowden an amnesty, Barack Obama said: “I will leave it up to the courts and the attorney general to weigh in on Mr. Snowden’s case.”