The agency’s collection of “metadata” including telephone numbers and times and dates of calls was exposed by ex-NSA contractor Edward Snowden.

In his ruling in a Washington DC federal court on Monday, Richard Leon called the NSA’s surveillance programme “indiscriminate” and an “almost Orwellian technology that enables the government to store and analyze the phone metadata of every telephone user in the United States”.

The ruling came in a lawsuit brought by conservative activist Larry Klayman, a user of a Verizon mobile telephone who challenged the NSA’s collection of metadata on his behalf and that of a client.

The NSA had ordered Verizon – one of the largest phone companies in the US – to disclose to it metadata, including telephone numbers, calling card numbers and the serial numbers of phones, of millions of calls it processes in which at least one party is in the US. 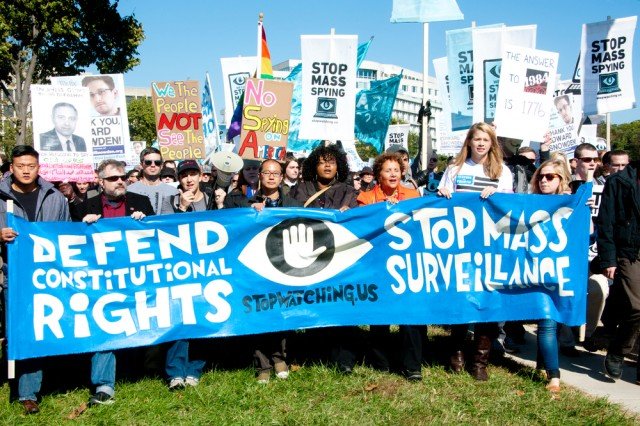 Judge Richard Leon ruled the plaintiffs had demonstrated “a substantial likelihood of success on the merits of their Fourth Amendment claim and that they will suffer irreparable harm absent… relief”, referring to the clause in the US constitution that bars unreasonable search and seizure by the government.

He issued a preliminary injunction against the NSA surveillance programme but suspended the order to allow for an appeal by the justice department, thus enabling the programme to continue for now.

Through Glenn Greenwald, the former Guardian journalist with whom he has close ties, Edward Snowden issued a statement hailing the ruling.

“I acted on my belief that the NSA’s mass surveillance programs would not withstand a constitutional challenge, and that the American public deserved a chance to see these issues determined by open courts,” Edward Snowden wrote, according to the New York Times.

“Today, a secret program authorized by a secret court was, when exposed to the light of day, found to violate Americans’ rights,” he added.