The man in charge of assessing the leaks’ damage, Richard Ledgett, said he could be open to an amnesty deal.

Disclosures by the former intelligence worker have revealed the extent of the NSA’s spying activity.

But NSA Director General Keith Alexander has dismissed the idea.

Richard Ledgett spoke to US television channel CBS about the possibility of an amnesty deal: “So my personal view is, yes it’s worth having a conversation about.

“I would need assurances that the remainder of the data could be secured, and my bar for those assurances would be very high, would be more than just an assertion on his part.”

But Gen. Keith Alexander, who is retiring early next year, rejected the idea of any amnesty for Edward Snowden. 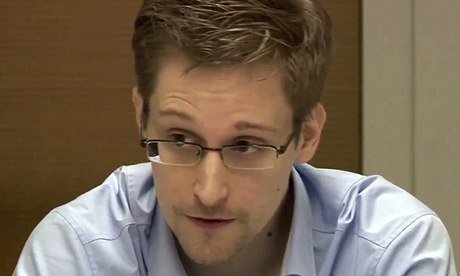 In an earlier interview with the Reuters news agency, Richard Ledgett said he was deeply worried about highly classified documents not yet public that are among the 1.7 million files Edward Snowden is believed to have accessed.

Edward Snowden’s disclosures have been “cataclysmic” for the agency, Richard Ledgett told Reuters.

Earlier this month, The Guardian’s editor told UK MPs only 1% of files leaked by Edward Snowden had been published by the newspaper.

The state department says its position has not changed and that Edward Snowden must return to the US to face charges.

At the weekend, the NSA allowed a CBS television crew into their headquarters for the first time in its history, in an effort to be more open about what the agency does with the data it collects.