China has banned its banks from handling Bitcoin transactions.

The ban came in a notice issued by the People’s Bank of China, financial watchdogs and the nation’s IT ministry.

Bitcoins are a “virtual good”, have no legal status and should not be used as a currency, it said.

The decision comes after bitcoins’ rapid rise in value was called a “bubble” by Alan Greenspan, former US Federal Reserve chairman.

The ban was imposed because bitcoins were not backed by any nation or central authority, said the notice.

It added that it was planning to step up its efforts to curb the use of bitcoins to launder cash. 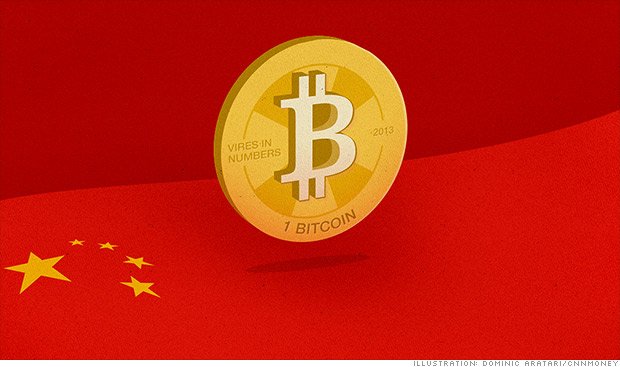 China has banned its banks from handling Bitcoin transactions

Individuals were still free to trade in bitcoins but should be aware of the risks involved, said the People’s Bank of China (PBOC), adding that it planned to formalise the regulation of exchanges that dealt in the digital cash.

Experts told Reuters the PBOC was moved to make its decision because Chinese nationals were heavily involved in trading the virtual currency. Many believe this is because it helps them avoid controls on trade in the yuan.

The value of bitcoins traded on Chinese exchanges fell after the announcement was made.

Interest in the virtual currency has seen its value soar in recent weeks.

On November 28, the value of one Bitcoin surpassed $1,000 for the first time.

The swift rise in value led Alan Greenspan to say the exchange rate for the virtual currency was “unsustainably high” in an interview with Bloomberg.

“It’s a bubble,” he said, going on to question the financial value people had pinned on Bitcoin.

“You have to really stretch your imagination to infer what the intrinsic value of Bitcoin is,” he said.

“I haven’t been able to do it. Maybe somebody else can.”