Katy Perry, Jenifer Lopez, Miley Cyrus and Lady Gaga were among the performers at the show in Los Angeles. 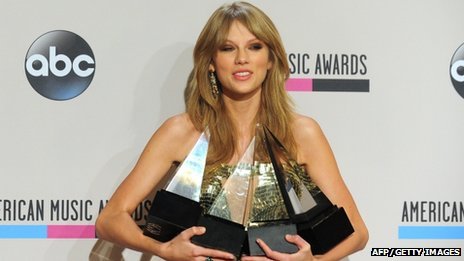 Taylor Swift beat Justin Timberlake, Rihanna, Bruno Mars and Macklemore & Ryan Lewis to win artist of the year for the third time, the most times an artist has won the category.

Taylor Swift was also on hand to give out an award.

Rapper 2 Chainz, Kelly Osbourne and Fall Out Boy were among the other presenters at the 41st edition of the event.

Rihanna appeared on stage with her mother to pick up the icon award.

The Bajan singer also performed on the night.