Federal Reserve’s stimulus efforts will be cut in “the coming months”, the central bank’s officials confirmed.

They believe that the US recovery is strengthening, according to minutes from their October meeting.

The Fed is currently engaged in an $8 billion a month bond buying programme to lower interest rates and boost the US economy.

US markets fell on the news of a potential slowing of easy money.

In the meeting minutes, released on Wednesday, policy makers said they “generally expected that the data would prove consistent with the Committee’s outlook for ongoing improvement in labor market conditions and would thus warrant trimming the pace of purchases in coming months”. 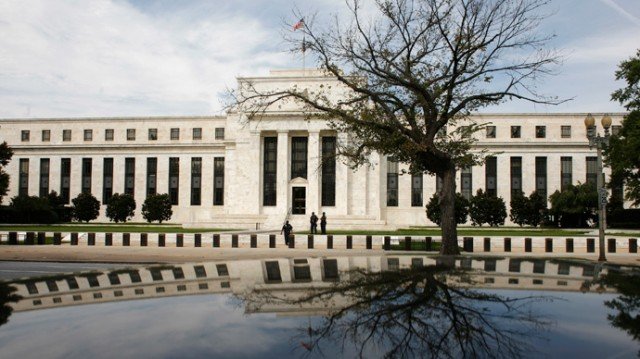 However, they also stressed that investors should be assured that short-term interest rates will remain low for an extended period of time – perhaps even after the unemployment rate drops below 6.5% benchmark.

Many meeting participants indicated a desire to better coordinate the Fed’s communication policy regarding the easing back of bond purchases, and of interest rates setting.

Mortgages rates spiked over the summer, after outgoing Chairman Ben Bernanke indicated the central bank was considering a slowing of its easy money policy.

They only declined after the Fed, in a surprise move, decided to maintain the programme – known as quantitative easing – after its September meeting.

The minutes also note that Fed policymakers had an unscheduled conference call on October 16 – just before the US was set to breach the so-called debt ceiling and potentially default on its debt obligations.

According to the minutes, policymakers agreed that had Congress been unable to come to an agreement, the situation would have been “potentially catastrophic”.