Two explosions have hit the Iranian embassy in Beirut in quick succession, killing at least 22 people.

The Iranian cultural attaché in Lebanon, Ebrahim Ansari, was among the dead. Officials said the death toll could rise.

Iran is a major backer of the Lebanese Shia militant group Hezbollah, which has sent fighters to Syria to back the government of Bashar al-Assad.

Reports said one of the blasts was caused by a suicide bomber, while the second was a car bomb.

This has not been officially confirmed. 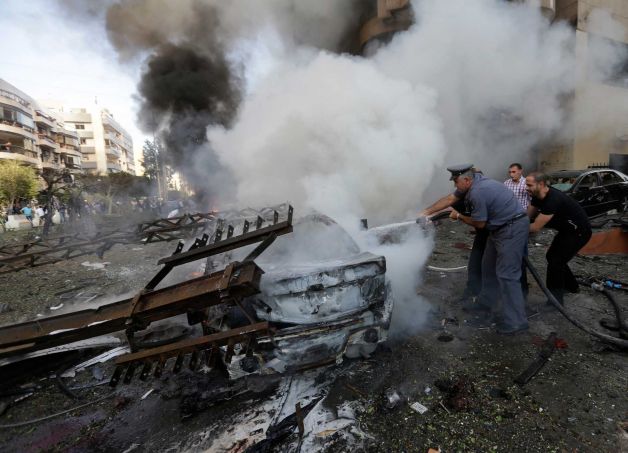 Two explosions have hit the Iranian embassy in Beirut in quick succession, killing at least 22 people

Reuters quotes Lebanese officials as saying CCTV footage showed a man rushing towards the outer wall of the Iranian embassy before blowing himself up, causing the first blast.

The Iranian ambassador to Beirut confirmed Ebrahim Ansari’s death to Hezbollah’s al-Manar TV, but said it was not clear if he had been in the embassy itself or one of the residential buildings nearby.

Ebrahim Ansari had only taken up his post a month ago, he said.

The ambassador blamed Israel for the attack – an accusation Israel swiftly rejected.

The Syrian conflict has increased sectarian tensions in Lebanon.

South Beirut, including the area around the Iranian embassy, is considered a Hezbollah stronghold. It has been hit by several attacks in recent months.

“The aim of the blast is to stir up the situation in Lebanon and use the Lebanese arena to convey messages,” he said.

Tehran and the Shia militant group are key backers of the Syrian government, which is currently trying to cut off one of the Syrian rebels’ last remaining supply routes across the Lebanese border.