Melissa Rycroft and her husband Tye Strickland have confirmed their baby No. 2 will be a boy, Us Weekly reported.

The married couple of three years are already parents to a 2-year-old daughter, Ava.

“When I found out [I was having a] boy, I just got really excited! And Tye, he’s such a guy’s guy, so personally I’m really happy he gets to do all his boy stuff,” Melissa Rycroft told Us Weekly. 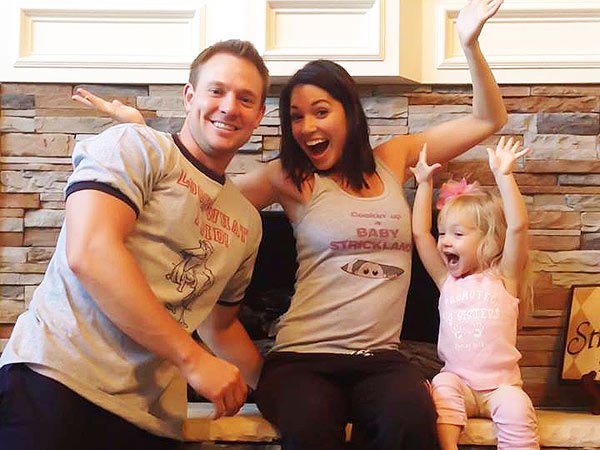 Melissa Rycroft and her husband Tye Strickland have confirmed their baby No. 2 will be a boy

“It’s so funny the first thing out of his mouth was, <<I feel so much responsibility now!>>” she said of her husband.

“I was like, <<Um have you not felt it the past two and a half years?>> I guess there’s something to be said about the same s** parent taking the bulk of [responsibility].”

Melissa Rycroft, 30, who is 17 week pregnant, announced the baby’s gender to the couple’s parents in a small get together by revealing the color blue inside cupcakes.

“Ava was the one who ate the cupcake to let everyone know,” the Season 13 Bachelor alum said.