Under the new measures Venezuela’s president would be able to govern by decree for 12 months.

The bill still needs to be revised by a special commission and debated for a second time, but correspondents do not expect significant changes to be made.

Nicolas Maduro says he will use it to tackle corruption and the economic crisis. However, critics fear he may use it to silence the opposition.

The approval of the first reading of the bill comes after a member of parliament, Maria Aranguren, who defected to the opposition was stripped of her parliamentary immunity on Tuesday, being replaced by a government loyalist.

This provided the one remaining vote that the government was missing to achieve the 99 votes needed for the approval of the “Ley Habilitante”, or Enabling Act. 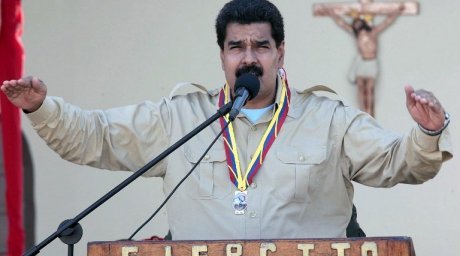 The vote did not come as a surprise, but the opposition has openly criticized the move saying the government will use it to clamp down on opponents ahead of local elections in December.

“The only objective of this enacting is to persecute government critical voices in society, the NGOs and the political parties with different views,” opposition parliamentary Eduardo Gomez Sigala told EFE news agency.

Nicolas Maduro first asked parliament in October to grant him special powers to fight corruption and what he called “economic sabotage”.

The country is facing shortages of food and essential goods, power cuts and around 54% annual inflation.

The government recently seized many high street shops selling its merchandise at reduced prices, because they were allegedly overcharging consumers.

Venezuela also imposed strict controls over the sale of foreign currency to combat the growing black market of dollars.

Former President Hugo Chavez, who died of cancer in March, resorted to Enabling Acts four times during his 14 years in power.

Nicolas Maduro has pledged to continue his policies but does not command the same support enjoyed by Hugo Chavez.