Lou Reed has been remembered by fans and family at a music-rich public memorial on the streets of New York.

Billed as a “simple celebration”, the event saw fans dance to Lou Reed’s hits which were played over loudspeakers.

The former Velvet Underground frontman died on October 27 after complications from a liver transplant.

The memorial was previewed on Lou Reed’s Facebook page as a gathering with “no speeches, no live performances, just Lou’s voice, guitar music and songs – playing the recordings selected by his family and friends.” 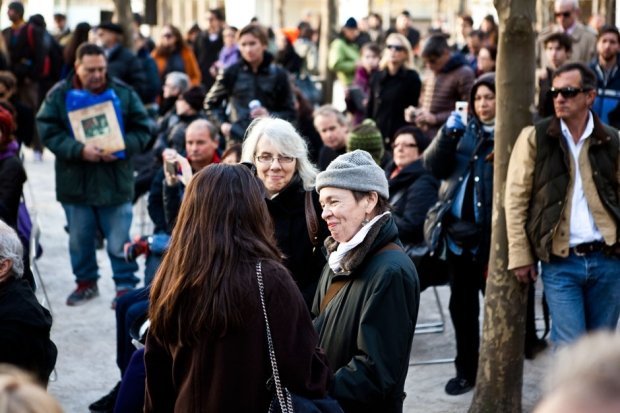 Lou Reed’s hits could be heard for three hours on Thursday across the plaza next to the city’s Lincoln Center for the Performing Arts, and featured many high points of his long career.

His music frequently made reference to New York.

Known for tracks including Perfect Day and Walk on the Wild Side, Lou Reed was considered one of the most influential singers and songwriters in rock.

Meanwhile, it has been announced that long-serving Rolling Stone magazine music critic and writer Anthony DeCurtis is to write a biography of Lou Reed.

Billed as the “inside story” of Lou Reed’s life, the Little, Brown and Co book is untitled and has yet be assigned a publication date.