James “Whitey” Bulger has been handed two life sentences plus five years by a court in Boston.

Whitey Bulger, who led Boston’s Winter Hill gang in the ’70s and ’80s, spent 16 years on the run before his 2011 capture in California.

He was convicted last August of 11 murders.

James “Whitey” Bulger, 84, had argued unsuccessfully that he was promised immunity by a now-deceased prosecutor in return for Bulger’s offer of protection from other mobsters.

In sentencing, Judge Denise Casper told Whitey Bulger: “The scope, the callousness, the depravity of your crimes are almost unfathomable.

“Your crimes are made all the more heinous because they are all about money.”

On Wednesday, family members of some of the victims had a chance to confront him in the courtroom, with one man calling him a “terrorist” and “Satan”.

At one point a courtroom heckler labeled James “Whitey” Bulger a coward after he opted not to testify in his own defense. 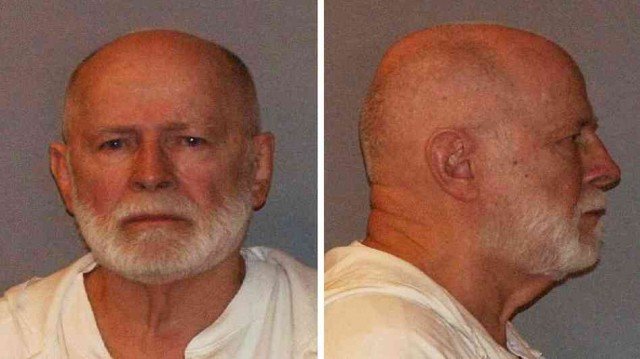 Over the course of the proceedings, James Bulger’s former associates detailed the methods he used to silence people.

Stephen “The Rifleman” Flemmi described how Whitey Bulger persuaded him that his girlfriend had to die because she had learned about his dealings with a corrupt FBI agent.

He described how Whitey Bulger strangled her in front of him, and then explained how two other gang members disposed of the body.

Prosecutors called him a “sociopath” and portrayed him as a cold-blooded, hands-on boss who killed anyone he saw as a threat, along with innocent people who happened to get in the way.

But his lawyers tried to soften his image by producing a photo album showing him as an “ordinary” man and insisting that their client was not “immune” to the emotions of the victim’s families.

The FBI also came under criticism from several family members of the victims, who said the organization allowed James Bulger to kill and torture while he worked as an informant on the crime group New England Mafia.

David Wheeler, the son of an Oklahoma businessman killed by a hitman from James Bulger’s gang, called him a “government-sponsored assassin”, but said the “greatest shame of all” fell on the FBI.

But James Bulger’s defence sought to portray the FBI office that led the investigation into his alleged crimes as corrupt, arguing that the witnesses who testified against him were former criminals.

James “Whitey” Bulger was on the FBI’s most wanted list alongside Osama bin Laden.

But it was an FBI agent, John Connolly Jr., who tipped off Whitey Bulger with the plans to capture him.

James “Whitey” Bulger fled in 1994 and was captured in 2011 with his long-time girlfriend Catherine Elizabeth Greig, a dental hygienist who, earlier this year, was sentenced to eight years for harboring a fugitive.

John Connolly Jr. was subsequently convicted of second-degree murder in Florida, for leaking information to Whitey Bulger that led to the slaying of a gambling executive.

James “Whitey” Bulger is said to have been the inspiration for the gangster played by Jack Nicholson in Martin Scorsese’s 2006 film The Departed.