A number of people were injured during the annual rally organized by far-right and nationalist movements.

The violence started when groups of youths broke off from the main march to attack a squat and set fires to cars.

They also set ablaze a rainbow-colored arch symbolizing tolerance, and tried to attack the Russian embassy. 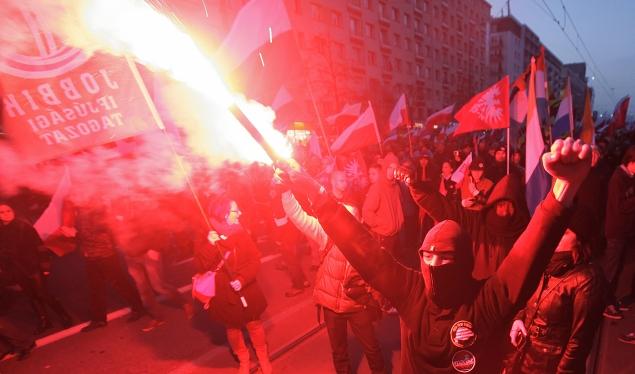 The protesters – many of them wearing masks – threw firecrackers at the diplomatic mission. Several youths also tried to scale the building’s fence but were stopped by the police.

“There is no justification for hooliganism,” Polish Foreign Ministry spokesman Marcin Wojciechowski said.

The authorities also said that at least four police officers were among those injured during the violence.

For the third year in a row violence broke out during the march.

The rally commemorates the day Poland regained its independence at the end of World War One in 1918.

Before that, Poland had been carved up between Russia, Prussia and the Austro-Hungarian empire.