Red Cross officials estimate that at least 1,200 people were killed by Typhoon Haiyan, the largest storm ever to make landfall in Philippines.

Typhoon Haiyan struck Philippines early Friday and survivors of the storm described towering waves that swept away all but the hardiest shelters.

Survivors were described as being in desperate need of clean drinking water and food as officials continue to survey the damage.

Typhoon Haiyan packed sustained winds of 147 mph, with gusts up to 170 mph, and heavy rains when it made landfall early Friday. By those measurements, Haiyan would be comparable to a strong Category 4 hurricane in the US, and nearly in the top category, a 5. 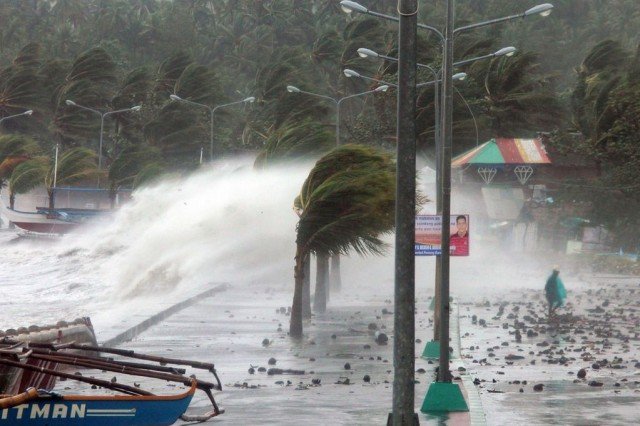 Red Cross officials estimate that at least 1,200 people were killed by Typhoon Haiyan in Philippines

Authorities said it flattened hundreds of homes and triggered mudslides, flash flooding and a storm surge with waves of up to 30 feet. Authorities said almost 800,000 people were evacuated to emergency shelters.

So far, government officials have confirmed just 138 deaths. At least 118 of those were on hardest-hit Leyte Island, where Tacloban is located, national disaster agency spokesman Major Reynaldo Balido told The Associated Press.

But Gwendolyn Pang, secretary general of the Philippine Red Cross, said preliminary counts from teams on the ground indicated that at least 1,200 people had perished – 1,000 people in Tacloban and at least 200 more in the Samar province.

Gwendolyn Pang said the numbers came from preliminary reports by Red Cross teams on the ground.

The weather system was downgraded overnight from a “super typhoon” to a typhoon, and was making its way toward Vietnam.