With 99% of votes counted in New York, Bill de Blasio secured 73% of the vote, convincingly defeating his Republican rival Joe Lhota, who polled 24%.

In his victory speech, Bill de Blasio said the poll showed that America’s largest city had chosen “a progressive path”, and he promised to make fighting income inequality his top priority.

Bill de Blasio is the city’s first Democratic mayor since 1993. 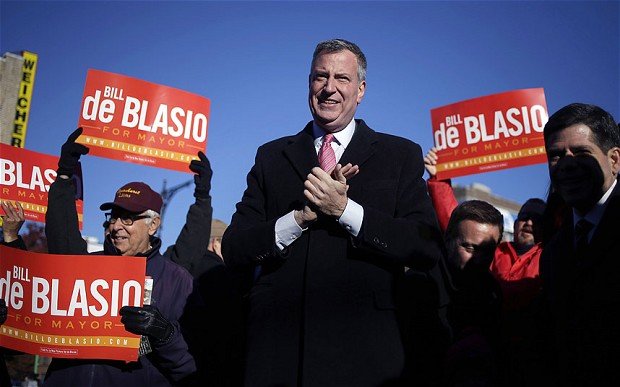 He ran Hillary Clinton’s 2000 Senate campaign, and is seen as one of the most liberal politicians to run for mayor in decades.

Joe Lhota admitted defeat, saying the race had been a good fight and a fight worth having.

He ran the city’s public transport authority under Mayor Bloomberg, a Republican-turned-independent, and also worked in the administration of Rudolph Giuliani.

Last year, Joe Lhota was lauded for quickly getting the vast subway system running again after a huge storm, Sandy, flooded swathes of the city.