Paul Anthony Ciancia – the man suspected of carrying out Friday’s gun attack at LA Airport – has been charged with murder.

Prosecutors say the death penalty could be sought if 23-year-old Paul Anthony Ciancia is convicted. He is in hospital after being shot by police.

A federal US security agent was killed and others wounded in the attack. Police are attempting to establish a motive for the assault.

US Attorney Andre Birotte said Paul Anthony Ciancia was also charged with commission of violence at an international airport. 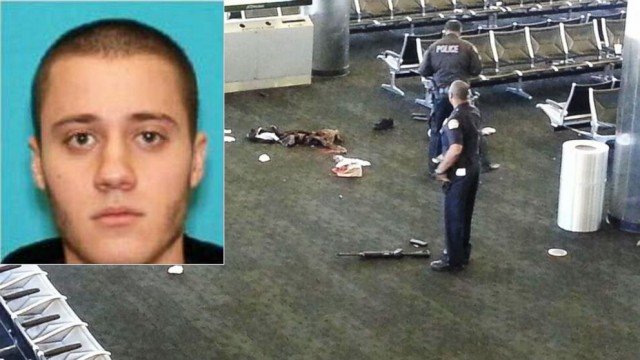 The attorney said the shots did not kill the officer, but the gunman returned to “shoot the wounded officer again”.

Gerardo Hernandez’s widow, Ana, said he was “a joyful person, always smiling and took pride in his duty to the American public”.

The FBI has also given more details of a note found on the suspect.

“He addressed them at one point in the letter, and stated that he wanted to <<instill fear into their traitorous minds>>.”

David Bowdich said investigators had not yet been able to interview Paul Anthony Ciancia.

The gunman appeared to target agents of the TSA, which manages security at US airports.

He pushed through screening gates and walked more than 100 yards into the secure area of the terminal before law enforcement officers caught up with him in a food court.

A law enforcement official told the Associated Press news agency that Paul Anthony Ciancia was shot in the mouth and leg by two airport police officers.