Boston Red Sox has won the 2013 World Series with a 6-1 victory over St Louis Cardinals in Game 6 at Fenway Park.

Winning the series 4-2, Boston Red Sox clinched the title in front of their own fans for the first time in 95 years.

Red Sox has now landed three Major League titles in 10 seasons, following an 86-year drought which ended in 2004 when they also beat the Cardinals. 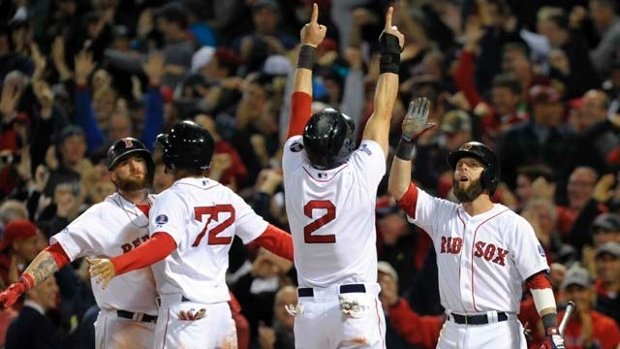 The subsequent sale of Ruth, baseball’s greatest star, to the rival New York Yankees was said to have initiated the infamous Curse of the Bambino which Boston took more than eight decades to break.

“I knew this was going to be a special year,” said Boston slugger David Ortiz, the outstanding player of the best-of-seven series.

“When we started rolling, nobody ever stopped the train.”

“Big Papi” Ortiz, the only member of the 2004 team still playing for the Red Sox, was named as the World Series’ most valuable player.