Home Entertainment Si Robertson dressed up as a beaver for Halloween

Si Robertson dressed up as a beaver for the Halloween celebration on Duck Dynasty’s season finale.

“Look, it ain’t about the costume,” Uncle Si insisted.

“It’s about the attitude.”

“You’re telling me that if you saw a beaver the size of a man, that that would not scare you?” Si Robertson said looking straight into the camera. 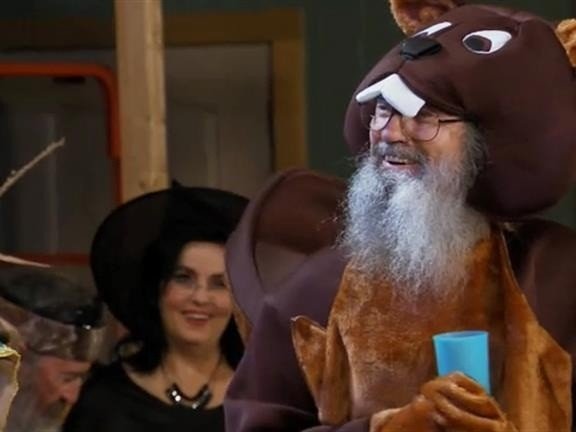 Si Robertson dressed up as a beaver for the Halloween celebration

“Buck teeth the size of your head? One chomp, he’d bite your right arm off.”

But when his nephew Willie Robertson, who dressed as Freddy Krueger, failed to see the sinister side of Uncle Si’s creature feature, what with it lacking any blood, Si warned him to be patient.

“That’ll come later when I eat a kid,” he smiled.

When Duck Commander’s haunted house kicked off, Willie Robertson could be seen jumping from the swamp with a warning: “I’m a man-eating mutant beaver, and I love little children the best!”