The FBI is conducting an independent investigation of the fatal shooting of 13-year-old Andy Lopez by a sheriff’s deputy in Northern California.

Sheriff Steve Freitas said in a statement Friday afternoon that he will cooperate fully with federal investigators and welcomes their participation in the probe of Andy Lopez’s killing on Tuesday afternoon. The shooting has generated numerous protests and marches in the suburban town of Santa Rosa, with many residents questioning the deputy’s decision to fire on the youth.

Police say Andy Lopez was carrying a pellet gun that looked like an AK-47 assault rifle.

A timeline released Thursday by the Santa Rosa police shows that only 10 seconds passed from the moment that the sheriff’s deputy and his partner called dispatch to report a suspicious person to the moment they called back to say shots had been fired.

FBI spokesman Paul Lee said he did not know why his agency decided to get involved or whether local authorities had requested its help. 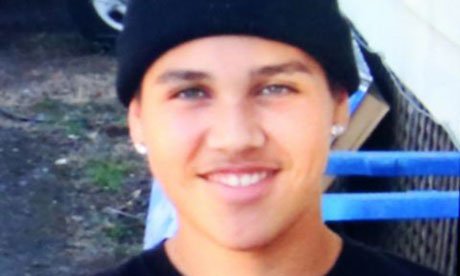 Witnesses say at least one of the deputies took cover behind an open front door of the cruiser, and one yelled twice “drop the gun.”

Ten seconds after their initial report to dispatch, one of the officers called in “shot have been fired.”

Sixteen seconds later, the deputies were calling for medical help. Cruz was later pronounced dead at the scene. The Sonoma County coroner said he found seven “apparent entry wounds,” two of them fatal.

The deputies, who have not been identified, have been placed on paid administrative leave, which is standard after a shooting, officials said.

Assistant Sheriff Lorenzo Duenas told the Press Democrat that the deputy who shot the teen is a 24-year veteran and his partner, who did not fire his weapon, is a new hire.

Santa Rosa police Lt. Paul Henry told the newspaper the deputy who opened fire later told investigators he believed his life as well his partner’s was in jeopardy. The deputy said the teen didn’t comply with commands to drop the gun and was turning toward the deputies while raising the barrel.