Paul McCartney has unveiled the video for his new song Queenie Eye.

The shoot features Paul McCartney performing on a piano, while stars including Johnny Depp, Kate Moss and Jude Law appear alongside him.

Queenie Eye is taken from Paul McCartney’s latest album New which is currently at number three in the UK charts.

The former Beatles star worked with music producers Mark Ronson and Giles Martin on the record.

The video was filmed at Abbey Road recording studios, a place made famous in the 1960s by Paul McCartney in his Beatles days. 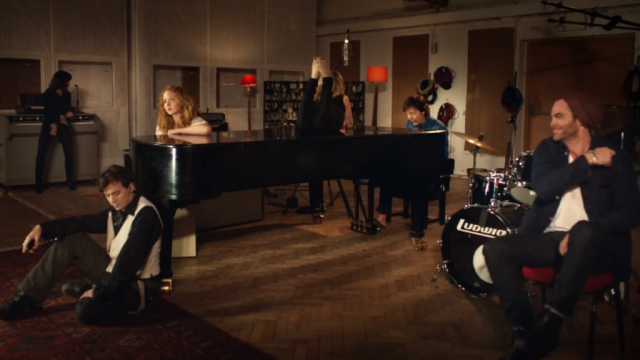 The London studios were used by the band to record their work including their 11th studio album titled Abbey Road.

In Queenie Eye you see Paul McCartney recording the track in what he thinks is an empty studio (Studio 2).

As the song develops the room starts to fill up with people all reacting in different ways to the song.

In one scene Alice Eve (Men in Black 3), is seen writhing across the piano on which Paul McCartney performs, while comedienne Tracey Ullman and model Lily Cole are seen listening to the music.