Nine Lebanese Shia pilgrims kidnapped by Syrian rebels in May 2012 have been released and arrived back in Beirut.

There were jubilant scenes as they were greeted on the tarmac by family members and Lebanese politicians.

Two Turkish pilots who were being held hostage in Lebanon were also freed as part of a complex swap.

Murat Akpinar and Murat Agca were seized in Beirut in August in a retaliatory abduction.

They were met by their relatives and Turkish PM Recep Tayyip Erdogan after flying to Istanbul on a Qatari jet late on Saturday.

A third part of the hostage negotiations – reportedly mediated by Qatar, Turkey and the Palestinian Authority – involved the release of a number of female prisoners being held by the Syrian government. 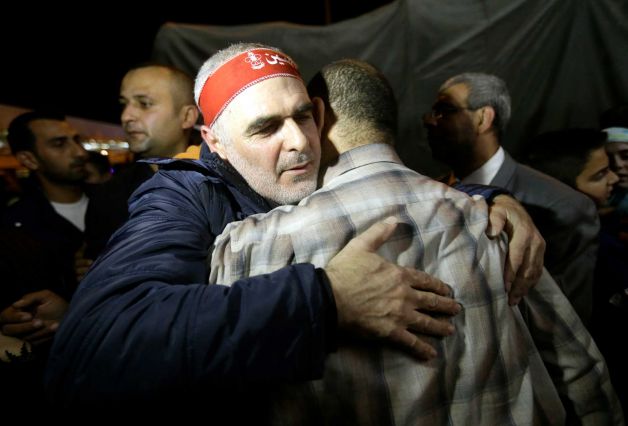 It is not yet clear whether that has taken place.

The Lebanese group, all men, were released by their captors on Friday evening and driven to Istanbul, from where they flew to Beirut.

At the airport they were greeted by friends and family, as well as politicians and religious leaders.

The men appeared tired but in good health.

The nine Lebanese were among 11 people seized while making their way back to Lebanon after a tour of holy sites in Iran. Two of them escaped.

They were reportedly being held in northern Syria by fighters from a Sunni-based rebel group opposed to President Bashar al-Assad.

The rebels insisted their hostages were fighters with the Lebanese Shia militant group Hezbollah, and were demanding the release of women detainees held by the Syrian regime in exchange.

Then in August, Murat Akpinar and Murat Agca were seized from a bus close to Beirut’s international airport. A previously unknown group called Zuwwar al-Imam Rida said it had kidnapped them, and that they would be freed if the Lebanese group were set free.

It demanded that Turkey used its influence with Syrian rebels to make the swap possible.