The Syrian Observatory for Human Rights said at least 16 Syrian soldiers have been killed in a suicide bombing and fighting that followed in Damascus suburb of Jaramana.

The blast triggered clashes at a checkpoint near the mainly-Christian area of Jaramana, activists say.

State media blamed “terrorists” for the explosion but did not give details.

Earlier, the US urged the Syrian government to allow aid to reach starving civilians in Damascus.

Washington said the army’s months-long siege left many people in rebel-held areas in desperate need of food, water and medicine.

The UK-based Syrian Observatory for Human Rights, which relies on a network of activists inside Syria, said the suicide car bombing by the al-Qaeda-linked Nusra Front triggered heavy fighting at a key checkpoint between Jaramana and the rebel-held town of Mleha. 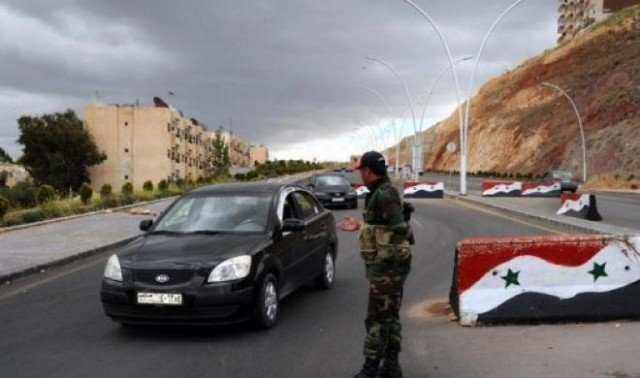 It said rebels fired rockets into Jaramana during the fighting and Syrian fighter jets retaliated by striking nearby opposition-held areas.

The report could not be confirmed.

Rebels control much of the countryside around Damascus but Jaramana – a Christian and Druze area mostly loyal to President Bashar al-Assad – is still held by the government.

In August a car bomb in the suburb killed 18 people.

President Bashar al-Assad has drawn support from Syria’s ethnic and religious minorities, including Christians and members of his Alawite sect, an offshoot of Shia Islam.

The rebel movement is dominated by Sunni Muslims, who are a majority in Syria.

In a statement on Friday, US State Department spokeswoman Jen Psaki said: “We call on the Syrian regime to immediately approve relief convoys.”

And she warned that “those who are responsible for atrocities in the Damascus suburbs and across Syria must be identified and held accountable”.

At least three of Damascus’s suburbs – Yarmouk, Eastern Ghouta and Moudamiyah – have been besieged by government forces for several months.