Mystery continues to surround the fate of Vittorio Missoni, the Italian fashion executive, after reports that his body had been recovered from an aircraft off the Venezuelan coast went unconfirmed by his relatives.

Contrary to reports this afternoon that the body of Vittorio Missoni and the passengers travelling on his missing aircraft have been found, the families involved said they have not yet received any official confirmation or detail about their identities.

A joint statement from the Missoni, Castiglioni, Foresti and Scalvenzi families read: “With regard to the news distributed in the media this morning relating to the possible recovery of bodies off shore at Los Roques, where previously the wreck of the plane YV2615BN-2A had disappeared on January 4 carrying the Missoni, Castiglioni, Foresti and Scalvenzi families, they would like to state they have not received any official and detailed communication connected to this.”

The Italian Ansa news agency reported on Thursday morning that the remains of five people – including Vittorio Missoni and Maurizia Castiglioni – had been recovered from the Islander plane in which they were last seen in January. 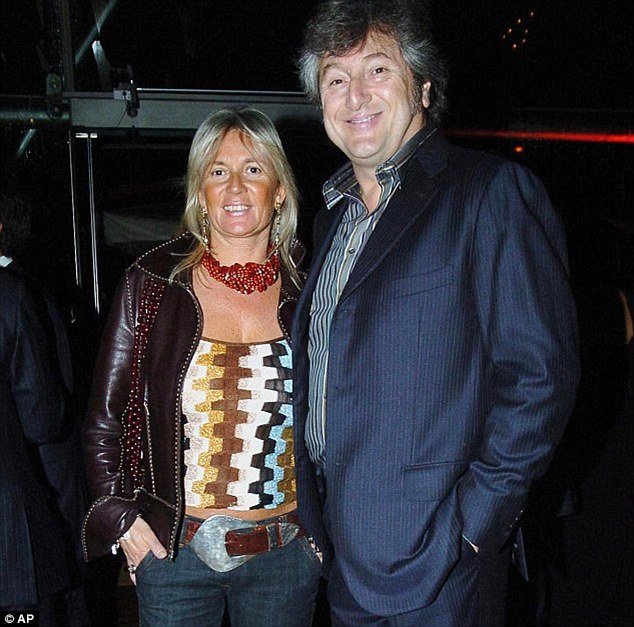 Vittorio Missoni and his life partner, Maurizia Castiglioni, were returning from a Christmas holiday with two friends, Elda Scalvenzi and Guido Foresti when their plane vanished

The aircraft carrying the couple, along with two of their friends and two pilots, went missing on January 4 during the flight from the resort islands of Los Roques to the Venezuelan capital of Caracas.

Vittorio Missoni and his life partner, Maurizia Castiglioni, were returning from a Christmas holiday with two friends, Elda Scalvenzi and Guido Foresti when their plane vanished. Two Venezuelan pilots were also on the BN-2 aircraft.

Vittorio Missoni, who was 58 when the plane went missing, was the son of Ottavio Missoni, the man who started a small Italian knitwear shop in 1953 and turned it into a hugely successful name famed for its multicolored zigzags and other striking patterns.

Ottavio Missoni died in May, aged 92, before his son’s body was discovered.