Pakistan Taliban commander Latif Mehsud has been captured by US forces in a military operation, the state department has confirmed.

Spokeswoman Marie Harf described Latif Mehsud as a “terrorist leader” and a “senior commander” in the Tehreek-e-Taliban Pakistan.

Marie Harf gave no details of the operation.

She said he was a close confidante of the group’s leader, Hakimullah Mehsud, who this week gave a rare interview to the BBC about possible peace talks.

Marie Harf said the Pakistan Taliban (TTP) were held responsible for the attempted bombing of Times Square in 2010, as well as attacks on US diplomats in Pakistan and many Pakistani civilians.

The group “had also vowed to attack the US homeland again,” Marie Harf said. 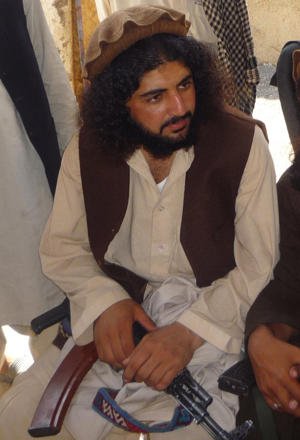 Pakistan Taliban commander Latif Mehsud has been captured by US forces in a military operation,

An Afghan provincial official earlier told Associated Press news agency that Latif Mehsud was arrested as he was driving on a highway in Afghanistan’s eastern Logar province.

The arrest took place about a week ago, the official said.

Latif Mehsud was reportedly returning from a meeting to discuss swapping prisoners.

The Washington Post said that US forces had taken him from Afghan intelligence agents who were trying to recruit him as a go-between for peace talks.

A spokesman for President Hamid Karzai, Aimal Faizi, told the Post: “The Americans forcibly removed him and took him to Bagram.”

Aimal Faizi said Latif Mehsud had only agreed to meet Afghan operatives after months of negotiations.

Some reports say Hamid Karzai, who is currently holding talks with visiting US Secretary of State John Kerry, was furious about the US operation.

Latif Mehsud and Hakimullah Mehsud are not thought to be related.

In a rare interview, Hakimullah Mehsud denied carrying out recent deadly attacks in public places but said he would continue to target “America and its friends”.

After being elected PM in May, Nawaz Sharif announced he would open unconditional talks with the Taliban.

The group has killed thousands of people in its war against the Pakistani state in recent years.

They control areas in the north-west and have been blamed for a wave of suicide bombings and other attacks.

Along with Pakistan, the Afghan government has also made overtures for peace with the Taliban. A number of Taliban prisoners have been freed to smooth the process.

US attempts in June to talk to the Taliban, including the opening of a now-shut Taliban office in Qatar, infuriated Hamid Karzai.