Lon Snowden – the father of fugitive former NSA contractor Edward Snowden – has arrived in Russia to visit his son.

Lon Snowden told journalists on his arrival in Moscow that he felt “extreme gratitude that my son is safe and secure and he’s free”.

Edward Snowden, 30, was granted asylum in Russia in August after weeks spent in a transit zone at Moscow airport when the US revoked his travel documents.

He leaked many thousands of US intelligence documents.

The information, published in The Guardian and Washington Post newspapers, revealed extensive internet and phone surveillance by both US and British intelligence. 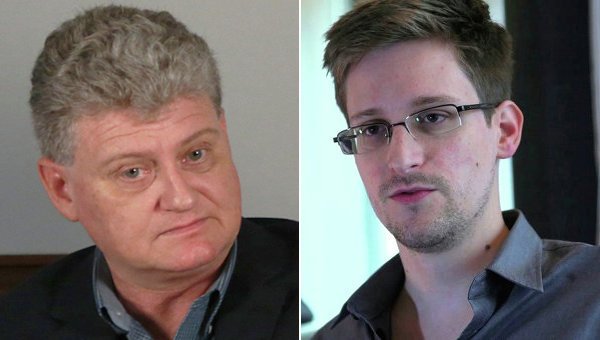 “My hope is to learn more about his circumstances and his health and to discuss legal options.”

“I’m not sure that my son will be returning to the US. That’s his decision, he’s an adult.”

Lon Snowden has in the past praised his son for speaking “the truth” and making great sacrifices, and has spoken of his concern that he would not face a fair trial if he returned to the US.

Edward Snowden accessed many of the documents while working for the defense contractor Booz Allen Hamilton in Hawaii, where he had been living with his girlfriend.

As the revelations became public, Edward Snowden fled to Hong Kong where, with his consent, The Guardian revealed his identity in June.

To escape US attempts to extradite him, Edward Snowden moved on to Russia where he remained in the transit zone of Sheremetyevo airport until Russia granted him asylum.

Russia’s move added to already tense relations with the US. Washington cancelled a bilateral summit in September.