The Vatican’s bank has unveiled its first annual report in its 125-year history as part of an attempt to become more financially transparent.

The Institute for Religious Works (IOR) has been dogged by accusations of corruption.

The report shows 2012 was a successful year for the bank, with net profits more than quadrupling to 86.6 million euros.

The bank said this jump was mainly due to favorable trading results and an increase in the value of bonds it held.

A majority of this profit – 54.7 million euros – was given to the Pope to carry out the Church’s mission around the world.

The assets were primarily held in bonds and money market accounts. 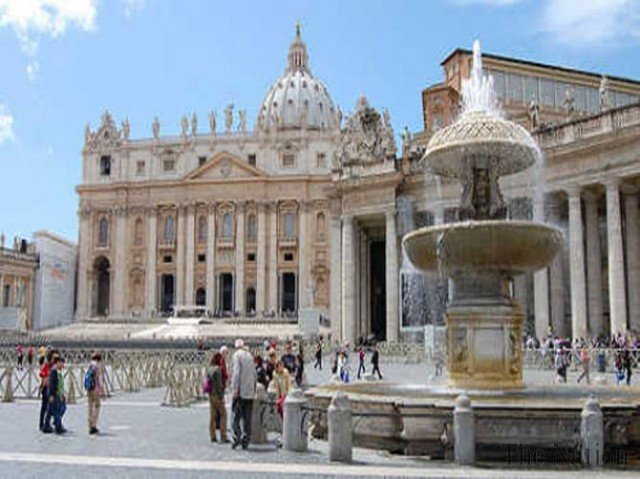 But the report also reveals the IOR had 41.3 million euros in gold, coins and other precious metals, a stake in an Italian real estate company, and received two inheritance properties worth around two million euros in 2012.

In the report, President Ernst Von Freyberg, said the IOR needed to be a well-respected member of the global financial community.

“The annual report seeks to contribute to the transparency which the Catholic Church, our customers, our correspondent banks, our authorities and the public rightfully expect,” he said.

Ernst Von Freyberg added that the bank had been “been engaged in a process of far-reaching reform” to improve its organization, compliance and transparency.

The IOR has been accused of money laundering and lack of due diligence in allowing non-religious businessmen to hold accounts in what amounts to an international offshore tax haven.

In August Pope Francis stepped up the fight against corruption at the Vatican by strengthening supervision of financial transactions at the bank.

He issued a decree designed to combat money-laundering and prevent any financing of terrorism.

Pope Francis also recently set up a commission to investigate the bank and report back to him personally.

In July the Vatican froze the account of a senior cleric, Monsignor Nunzio Scarano, suspected of involvement in money-laundering.

Nunzio Scarano and two others were arrested by Italian police in June on suspicion of trying to move 20 million euros ($26 million) illegally.

At the time the bank said it would have “zero tolerance for any activity, whether conducted by laity or clergy, that is illegal or outside the Statutes of the Institute”.

As of the end of 2012, the IOR had around 18,900 customers, most of which were institutional investors.

This was down from 21,000 the previous year, which the bank said was due mostly to it closing inactive accounts.

It handles the payroll for some 5,000 Vatican employees and funds for the central administration of the Catholic Church.

The IOR also holds the accounts of cardinals, bishops, priests, nuns and religious orders around the world.