The US government shutdown is looming as Democrat and Republican lawmakers remain unable to strike a deal on a new plan to continue funding its operation.

If they fail to reach an agreement by midnight, the US government will be forced to close all non-essential federal services.

More than 800,000 staff could be sent home on unpaid leave, with no guarantee of back pay once the deadlock is over.

The shutdown would be the first in the US for 17 years.

One of the key points of contention in the political stalemate has been President Barack Obama’s healthcare law, popularly known as Obamacare.

Republicans in the House of Representatives – and their allies in the Senate – have demanded the law be repealed or stripped of funding as a condition for continuing to fund the government.

Major portions of the law, which passed in 2010 and has been validated by the US Supreme Court, are due to take effect on Tuesday. 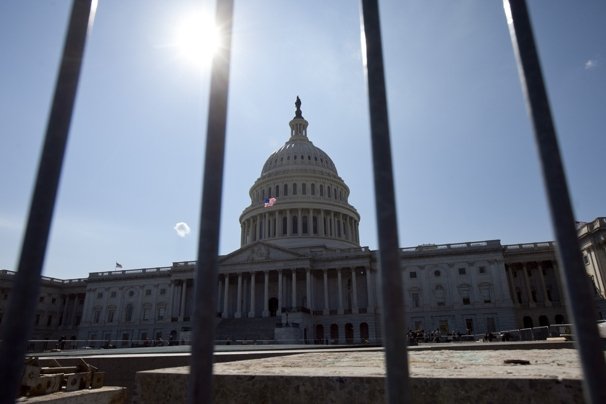 As the Democrats and Republicans vie for political advantage with the shutdown approaching, on Monday Republican House Speaker John Boehner criticized the Democratic-led Senate for remaining in recess on Sunday after the House passed its version of a budget bill.

“The House has done its work,” he said.

“We passed a bill… The Senate decided not to work yesterday. My goodness, if there is such an emergency, where were they?”

Early on Sunday, the Republican-run House of Representatives passed an amended version of the Senate spending bill that removed funding from the healthcare law and repealed a $29 billion medical device tax.

US Senate Majority leader Harry Reid vowed that his Democrat-led chamber would reject the Republican bill.

“[On Monday], the Senate will do exactly what we said we would do and reject these measures,” said Adam Jentleson, a spokesman for Harry Reid.

“At that point, Republicans will be faced with the same choice they have always faced: put the Senate’s clean funding bill on the floor and let it pass with bipartisan votes, or force a Republican government shutdown.”