Home Business NYSE hit by the threat of a shutdown

Shares in New York are trading lower as the prospect of a shutdown of some US government activities looks increasingly likely.

The Dow Jones and S&P 500 both fell 1% shortly after the open, but then recovered some lost ground.

The US needs to agree a new spending bill before the financial year ends at midnight on Monday.

But political divisions have resulted in a stalemate and there are worries over the economic impact of a shutdown of the US government.

If the government does shut down on October 1, as many as a third of its 2.1 million employees are expected to stop work – with no guarantee of back pay once the deadlock is resolved.

National parks and Washington’s Smithsonian museums would close, pension and veterans’ benefit cheques would be delayed, and visa and passport applications would be stymied. 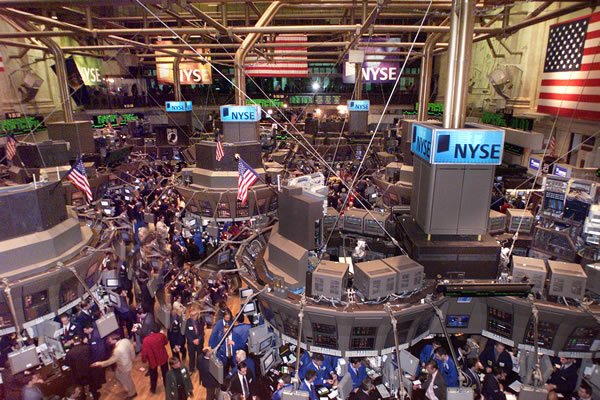 Investors will be keen to know if Friday’s job report will be released.

The monthly non-farm payrolls report is one of the most closely watched pieces of US economic data.

Employees at the Labor Department’s Bureau of Labor Statistics (BLS), who prepare the report, would be among those who would stood down in the event of a shutdown.

“All survey and other program operations will cease and the public website will not be updated,” said Erica Groshen, commissioner of the BLS, said in a memo published on the department’s website.

Early on Sunday, the Republican-run House of Representatives passed an amended version of the Senate spending bill that removed funding for the healthcare law.

US Senate Majority leader Harry Reid has vowed that his Democrat-led chamber will reject the Republican bill.

“Tomorrow, the Senate will do exactly what we said we would do and reject these measures,” said Adam Jentleson, a spokesman for Senate Majority Leader Harry Reid.

“At that point, Republicans will be faced with the same choice they have always faced: put the Senate’s clean funding bill on the floor and let it pass with bipartisan votes, or force a Republican government shutdown.”