A Hillary Clinton documentary project has been cancelled after its director Charles Ferguson said political interference had made the film impossible.

In a Huffington Post blog, Charles Ferguson said pressure from Hillary Clinton supporters in the Democratic Party led to many sources shying away.

In August, the opposition Republican Party voted to boycott debates on CNN if the programme went ahead.

It also said it would boycott NBC, which plans a mini-series on Hillary Clinton.

The latter series, still in the early stages of production, is set to star actress Diane Lane as the former First Lady. 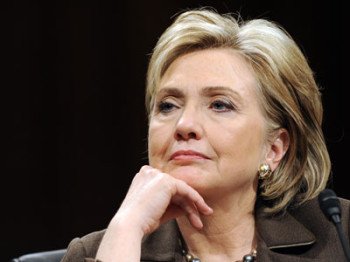 Hillary Clinton, wife of President Bill Clinton, has been closely watched as a possible contender for the Democratic Party’s 2016 nomination since leaving her position as secretary of state under President Barack Obama in January.

In his blog, Charles Ferguson wrote: “When I approached people for interviews, I discovered that nobody, and I mean nobody, was interested in helping me make this film.

“Not Democrats, not Republicans – and certainly nobody who works with the Clintons, wants access to the Clintons, or dreams of a position in a Hillary Clinton administration.

“After painful reflection, I decided that I couldn’t make a film of which I would be proud. And so I’m cancelling. (Not because of any pressure from CNN – quite the contrary).

CNN has not commented on the cancellation of the project.