A Jacques-Louis David painting of Napoleon Bonaparte has been identified in New York by a University of Reading researcher.

Previously believed to be a copy, the painting was acquired in 2005 for an estimated $23,000 by a private collector, who had the painting cleaned.

The painting, which had been believed lost, shows Napoleon in 1813 when the British and Prussians were threatening to invade France.

It was first recorded in the collection of the Borthwick-Norton family at Borthwick Castle in southern Scotland. 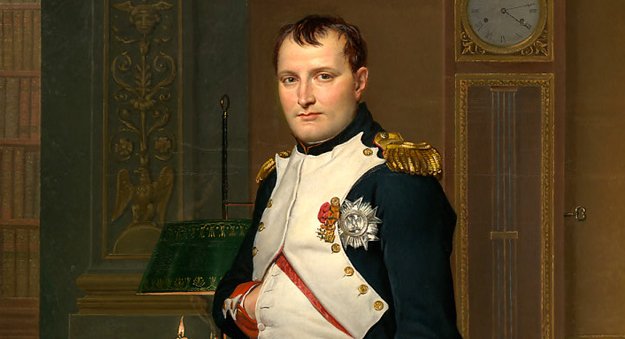 It then passed by descent to Eva Sardinia Borthwick-Norton, who gave it to the Royal Scottish Academy.

Dr. Simon Lee, a senior history of art lecturer at the University of Reading, said: “How it came to be in Scotland is not known but France and Scotland had an ancient alliance against the common enemy – England. So its presence in Scotland might be more evidence of an admiration for the Emperor.

“By having his portrait painted in National Guard uniform, Napoleon was promoting himself as protector and defender of the nation at the time when France was under great threat.”

According to Dr. Simon Lee, the painting was aimed at fostering patriotism but never reached a wider audience because the allied invasion meant it remained uncirculated.

Dr. Simon Lee’s research led to a contemporary print identifying David as the painter and other versions of the portrait, which contained differences in the uniform.

He said the cleaned portrait revealed fascinating clues about a potential tension between David and his assistant, Georges Rouget.

“Although the painting is signed with David’s genuine signature, the cleaning revealed the word Rouget and the date 1813 appeared in the underpaint,” he said.

“It was often David’s studio practice to have Rouget transfer an image to the canvas, sketch in the main lines of the composition and then block in the colors. David would then provide the fine modelling of the head and likeness and the final touches.

“I believe it’s Rouget asserting his part in the process. He knew his name would be covered up and so it was perhaps a minor act of frustration or rebellion.

“Some collectors or museums might be put off by having two names on the canvas, but in many ways that is proof that it is an authentic product of David’s working process.”