SpaceX has successfully launched an updated version of its Falcon 9 rocket from California.

SpaceX says the updated rocket incorporates a number of modifications to boost performance and simplify operations.

Assuming no anomalies are later identified, this first outing should open the way for the new model to begin carrying satellites for the commercial sector.

In addition to the business it already has with NASA to resupply the space station, the California company now has a long backlog of private sector customers waiting for a Falcon to launch their spacecraft. 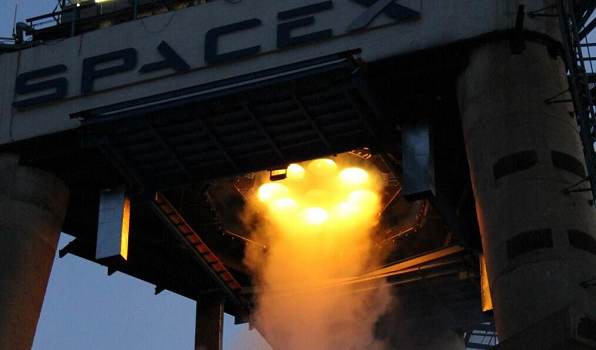 These include the big telecommunications platforms that relay the world’s TV and phone traffic.

It is a market that has become dominated in recent years by the European Ariane 5 vehicle. SpaceX aims to take a large slice of its work, and is offering very competitive prices.

Sunday’s launch was also the first time the rocket had flown with a payload fairing.

This 43ft-tall clamshell covering is necessary to protect satellites from the aerodynamic forces encountered during an ascent.

Sunday’s outing was the first SpaceX mission to use Vandenberg. Until now, all Falcon launches have gone out of Cape Canaveral Air Force Station in Florida.

The West Coast facility allows the Falcon to undertake a greater range of missions. In particular, it enables the rocket to fly south out over the ocean, away from land, to reach the polar orbits favored by Earth observation satellites.

There is sure to be a lot of interest, also, in the outcome of an experiment that SpaceX ran on Sunday with the Falcon’s first stage.

Normally, the initial segment of a rocket falls back to Earth after burning out and is destroyed. But the company is endeavoring to develop a system that would allow it to recover and recycle these stages, further reducing the cost of launching a Falcon vehicle.

During Sunday’s mission, some of the first stage engines were commanded to reignite, to see if they could bring the rocket segment down under control. Ultimately, the idea is for Falcon first stages to have legs to permit them to make soft landings.