A supermarket in Boston is going to sell only food that’s past its sell-by date.

In the US alone, 40% of food is thrown out, partly because of confusing date labels, telling consumers to “use by”, “sell by” and “enjoy by” a certain time.

Some of the dates are not about safety but taste, says Dana Gunders, a food scientist from the Natural Resources Defence Council (NRDC), which has issued a report saying much of the food labelled bad is actually perfectly edible.

At the beginning of next year, businessman Doug Rauch, once behind the successful Trader Joe’s chain in the US, is opening a supermarket and restaurant which will sell outdated food.

So what are some of those foods? 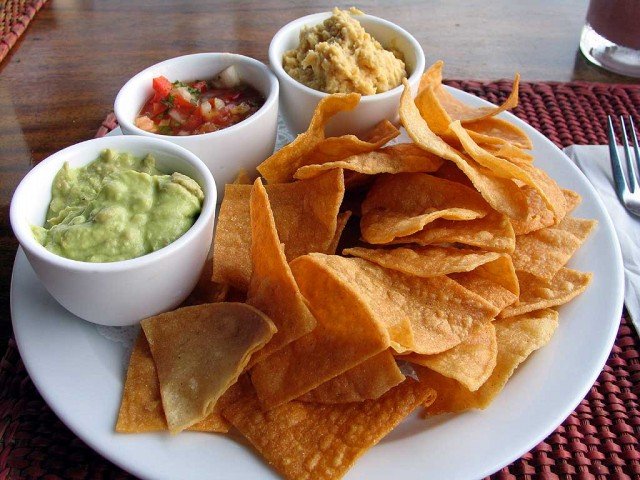 Tortilla chips aren’t going to make you sick after a month, says Dana Gunders, although they might start tasting stale. Putting them in a toaster with oil will re-crisp them again, while storing in a sealed container extends their life by keeping moisture out. Dana Gunders says yogurt can last beyond six weeks and she often scrapes off the mould.

“I eat yogurt months past its date, I haven’t ever had a problem.”

Chocolate can last a long time, Dana Gunders adds, but it often develops a white coating, known as the “bloom”, when it’s exposed to the air. This happens when some of the crystalline fat melts and rises to the top. It’s not mould, she says, and it’s fine to eat.

People throw out eggs much earlier than they need to, says Dama Gunders – they can last 3-5 weeks. Keep them at a temperature below 5C (41F), says Ted Labuza, a professor of food science at the University of Minnesota, because that helps prevent potential growth of Salmonella enteritidis.

Milk will smell or taste bad long before it makes you sick, says Ted Labuza. Don’t let the container sit out at room temperature because microbes in the air will spoil the milk – close it up quickly and return it to the refrigerator, which should be set at around 36F (2C) to help prolong the life of milk.