Prince George’s christening will be marked with a set of commemorative coins, the Royal Mint said Saturday.

Prince William and Kate’s firstborn will be christened at the Chapel Royal at St. James’s Palace on October 23, just over three months after his birth, the Kensington Palace announced yesterday. The Chapel Royal is where the coffin of William’s late mother, Princess Diana, was laid before her funeral in 1997.

The commemorative coins, approved by Prince William, his wife Kate Middleton and Queen Elizabeth II, are produced for the first time to mark a royal christening in Britain.

The 5-pound coins will be made of solid gold, silver, and a more affordable option, and will sell for as much as thousands of pounds (dollars). The designs of the coins have not yet been revealed. 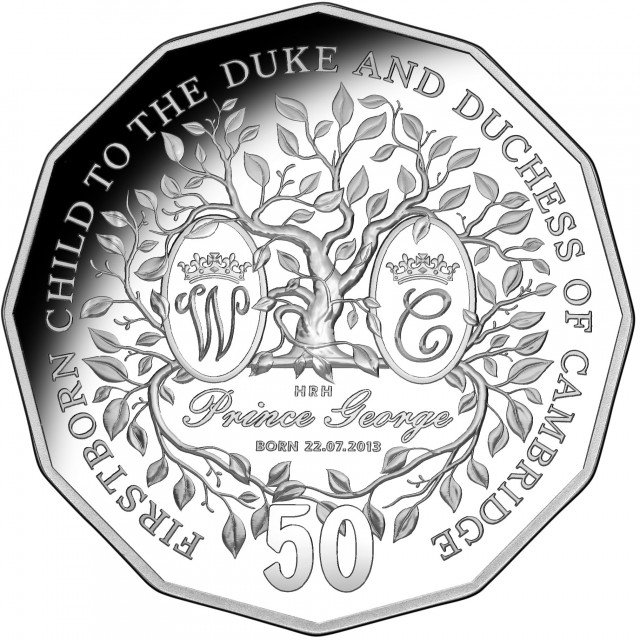 Buying the coins may be the only way the public can take part in celebrating Prince George’s christening, which will be a private event, attended only by close family. Official photographs will be released after the ceremony, Kensington Palace said.

The venue of the ceremony is a break from recent tradition: Prince William, his father Prince Charles and the Queen were all christened at Buckingham Palace, while Prince Harry was christened at St. George’s Chapel at Windsor Castle.

The Chapel Royal at St. James’ Palace is a lesser known and more intimate venue. Constructed by Henry VIII, it was decorated by Hans Holbein in honor of the king’s short-lived marriage to Anne of Cleves.

Prince George is the third in line to the throne, after Prince William and Prince Charles. His christening will be conducted by the Archbishop of Canterbury, Justin Welby.

Prince George will wear a replica of a christening gown made for Queen Victoria’s eldest daughter in 1841.