Spain is to consider changing time zones by an hour after a report said this would improve eating, sleeping and working habits.

The document by a parliamentary commission said that “Spain for more than 71 years has not been in the correct time zone”. 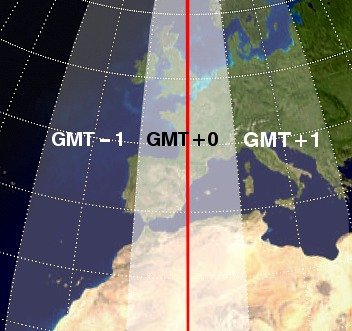 Spain is to consider changing time zones by an hour after a report said this would improve eating, sleeping and working habits

The report says Spain should be in the same time zone as the UK and Portugal.

Spain – on the western edge of Europe – is currently one hour ahead of GMT during the winter and two hours ahead in the summer.

“We sleep almost an hour less than the World Health Organization recommends,” the commission said.

“All this has a negative effect on productivity, absenteeism, stress, accidents and school drop-out rates.”

It said that following the “wrong clock” explained why Spaniards tended to eat, leave work and go to bed later than their European neighbors.

“Our timetable is determined more by the sun than by the clock. We eat at one o’clock in the afternoon and dine at eight, according to the sun, but the clock says it is three o’clock and 10 o’clock,” the text said.

It added that jumping back an hour would bring Spain “into line with Europe in many respects in which we currently differ”.