Prince William and Kate Middleton have announced details of their son’s christening.

Prince George will be christened on Wednesday, October 23, at the Chapel Royal at St James’s Palace – just over three months after his birth.

The Archbishop of Canterbury, the Most Reverend Justin Welby, will perform the christening.

Prince George, who was born on July 22 at St Mary’s Hospital in London, is third in line to the UK’s throne.

The Kensington Palace said in a statement: “Their royal highnesses the Duke and Duchess of Cambridge are pleased to announce the christening of Prince George will take place on Wednesday, 23rd October at the Chapel Royal, St James’s Palace.

“Prince George will be christened by the Archbishop of Canterbury, the Most Reverend Justin Welby.” 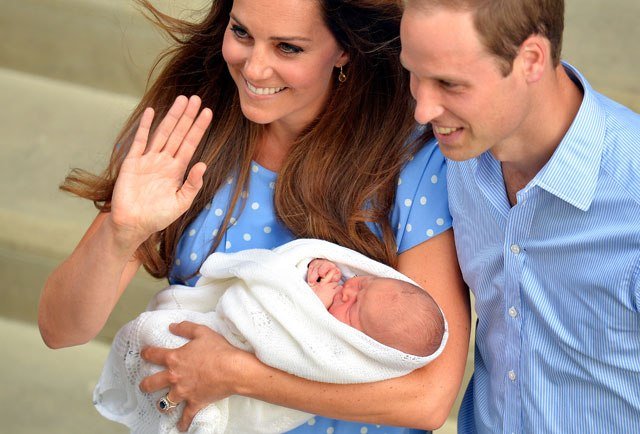 Prince George will be christened on Wednesday, October 23, at the Chapel Royal at St James’s Palace

As the Chapel Royal is small and would only accommodate close family and a few others.

In 1997 the coffin of Prince William’s mother Diana, Princess of Wales, lay before the chapel’s altar before her funeral in Westminster Abbey.

Princess Beatrice was the last royal baby to be christened in the Chapel Royal in December 1988.

Prince William was christened at Buckingham Palace in August 1982 by Dr. Robert Runcie, then the Archbishop of Canterbury.

The current Archbishop later spoke of his joy at being asked to conduct the christening.

The Most Reverend Justin Welby said: “I am delighted to be invited to conduct the baptism of His Royal Highness Prince George.

“It is a great privilege and honor and will without doubt be an occasion of immense joy and celebration.

“I am looking forward to welcoming him into the family of the church.”

Prince George will be christened in a replica of the intricate lace and satin christening gown made for Queen Victoria’s eldest daughter, Victoria, the Princess Royal, in 1841.

The Earl and Countess of Wessex’s son Viscount Severn became the first royal baby to wear the new robe at his christening in 2008.

Earlier, Kensington Palace announced that a new coat of arms had been chosen to represent Prince William and Kate Middleton as a married couple.