Their First Misunderstanding, a long-lost movie starring silent actress Mary Pickford, is to be restored and shown to the public.

Mary Pickford, known as “the girl with the golden curls”, received her first on-screen credit in Their First Misunderstanding, made in 1911. But the film was thought to have disappeared by historians who followed the performer’s career.

A solitary copy was discovered in a barn by carpenter Peter Massie in 2006.

The US Library of Congress is now funding a project to restore it.

Peter Massie found the film, along with six other vintage reels, in New Hampshire seven years ago.

They were languishing in a barn that had once been used as a summer camp for boys. It is believed the movies were shown to entertain the campers.

Not realizing the nitrate film was highly flammable, Peter Massie kept the reels in his truck where he regularly smoked cigarettes. He later stored them near his woodstove at home.

Eventually he donated the discoveries to the nearby Keene State College, where scholars have since been working to identify and restore them.

“This is the coolest thing I’ve ever found on any job,” said Peter Massie. 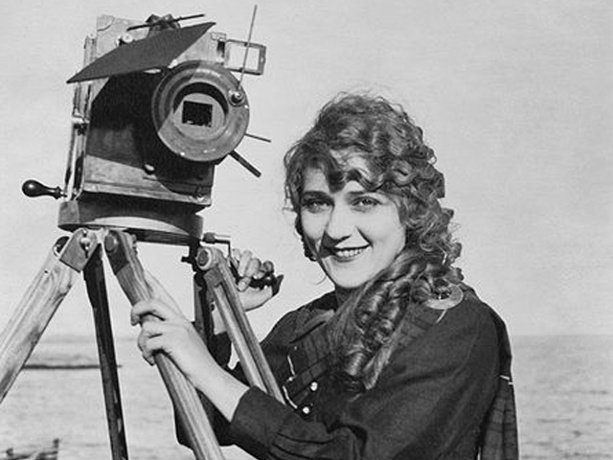 Their First Misunderstanding, a long-lost movie starring silent actress Mary Pickford, is to be restored and shown to the public

“They were seconds away from going into a dumpster.”

Mary Pickford was 18 when she made Their First Misunderstanding, a 10-minute film about a wife’s fight with her husband.

“We have a list of all of Mary Pickford’s films, but this was among the missing,” film historian Leonard Maltin told CBS News.

“It’s like finding an early song by George Gershwin, or an unpublished short story by Mark Twain.”

Their First Misunderstanding was initially identified by Larry Benaquist, who founded the film school at Keene State.

It took longer than usual, as the 35mm celluloid had degraded and stuck to itself.

Once a lab had separated the layers, Larry Benaquist asked Mary Pickford scholar Christal Schmidt to confirm his findings.

“I was really stunned, because a lot of those early films, you just figure they’re gone,” said Christal Schmidt.

“For that one to turn up was really exciting.”

Mary Pickford was born Gladys Louise Smith in 1892 in Toronto, Canada. She went to work in the theatre at the age of five after her father died from a brain haemorrhage.

She moved to Broadway when she was 15. There she formed a working partnership with pioneering film director DW Griffith, head of the Biograph studio.

Mary Pickford soon became known as the “Biograph girl” and made more than 40 short movies in 1909 alone.

After audiences first learned her name in Their First Misunderstanding, Mary Pickford became famous around the world.

She won two Oscars and later founded the United Artists film studio along with DW Griffith, Douglas Fairbanks – whom she married in 1920 – and Charlie Chaplin.

Mary Pickford retired from the screen in 1933 but continued to produce. She died in 1979.

Larry Benaquist said that while the first minute or so of Their First Misunderstanding had been destroyed, the rest was in remarkably good condition.

Their First Misunderstanding will be screened at Keene State in October.