Duck Dynasty’s Willie, Jase and Si Robertson were in Detroit on Sunday for a sold-out performance at MotorCity Casino, and the Tigers wisely took advantage of the opportunity.

Uncle Si, Willie and Jase Robertson were invited to Comerica Park to throw out the first pitch at Chicago White Sox vs. Detroit Tigers. 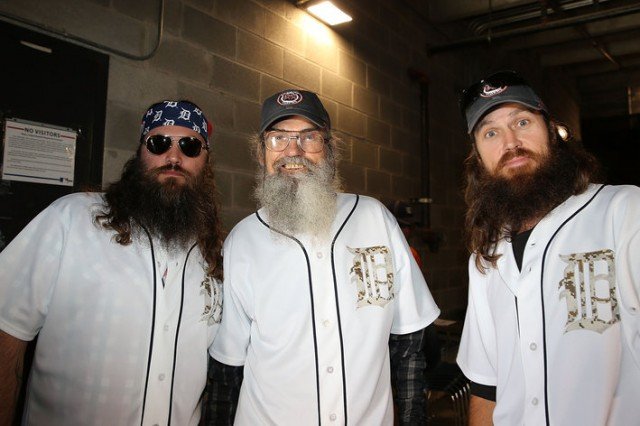 Willie, Jase and Si Robertson were invited to Comerica Park to throw out the first pitch

Fox Sports Detroit’s Steve Kornacki wrote about the event: “The sellout crowd at Comerica recognized them as they walked onto the field because their long beards quickly catch your attention. They also were wearing Tigers home uniform tops and baseball caps. Willie, of course, wore his standard stars-and-stripes bandana. Many of the fans gave them a standing ovation as they strode to the mound.”

“That was some great welcome we got,” said Jase Robertson.

“The crowd was awesome.”