A dead white woman has been identified among Islamic terrorists killed by soldiers as they stormed Nairobi’s Westgate mall where 62 shoppers were shot dead this weekend, Kenyan officials said.

The claim, made by three sources to news agency Reuters, will fuel speculation that the dead woman is Samantha Lewthwaite, the widow of 7/7 bomber Jermaine Lindsay, who is wanted by Kenyan police on a string of terror charges. Police will also investigate the possibility that she is a hostage dressed in one of the terrorist’s clothes.

Asked if it was Samantha Lewthwaite, dubbed the “White Widow”, an intelligence officer said: “We don’t know.”

Moments after the news broke, al-Shabaab, the al-Qaeda affiliated terror group behind the massacre at Nairobi’s Westgate Shopping Centre, used their Twitter feed to claim that Samantha Lewthwaite was safe.

There were conflicting reports about the identity of the attackers. Al-Shabaab claimed on Twitter last night that the group was being led by Samantha Lewthwaite, who was married to Jermaine Lindsay, one of the 7/7 suicide bombers.

Known as the White Widow, Samantha Lewthwaite is wanted by Kenyan police over links to a suspected terrorist cell planning bomb attacks. 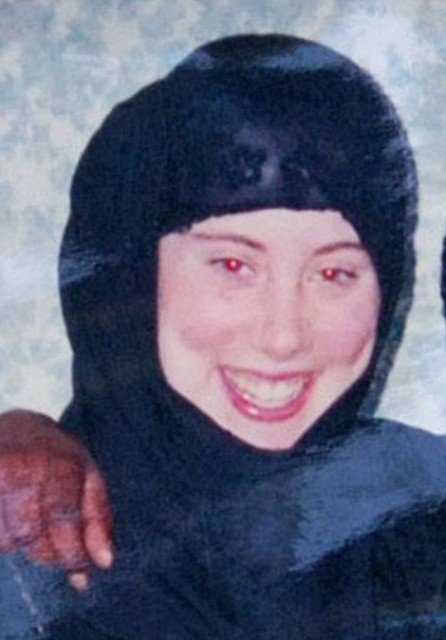 Known as the White Widow, Samantha Lewthwaite is wanted by Kenyan police over links to a suspected terrorist cell planning bomb attacks

A link between Samantha Lewthwaite and the Westgate attack was made after soldiers claimed they had seen a white woman in a veil shouting orders to gunman in Arabic.

Samantha Lewthwaite converted to Islam as a young woman and married Jermaine Lindsay who went on to be a 7/7 London suicide bomber. She has become a key figure in the terror group behind this weekend’s attack.

She has even been involved in training a group of all-female suicide attackers at camps in lawless neighboring the 29-year-old, who grew up as a normal teenager in Aylesbury before meeting Jermaine Lindsay, a British Muslim, in an online chat room when she was 17. The pair married three years later.

When Jermaine Lindsay was named as one of four suicide bombers who blew up Tube trains and a bus in 2005, killing 52 people, Samantha Lewthwaite initially condemned her late husband’s attack and denied any knowledge of his plan. This was a lie.

More than eight years later, Samantha Lewthwaite is one of al-Qaeda’s main recruiters in East Africa and is an official spokesperson for al-Shabaab (The People), the terrorist group behind the horror in Nairobi.

Samantha Lewthwaite, who is the world’s most wanted woman, has been on the run in East Africa after police foiled a Christmas bomb plot against Western tourists in the coastal resort of Mombasa in 2011.