Adam Levine called out Lady Gaga on Twitter for being unoriginal.

Adam Levine, 34, took to Twitter on Friday to air his grievances with the state of pop music, and slyly called out Lady Gaga for contributing to the problem.

To begin his diatribe, The Voice star and Maroon 5 frontman lamented the conventional process of recycling old ideas for new generations, and continued by explaining what he believes to be the premise of good pop music.

While it wasn’t completely clear Adam Levine was taking a shot at Lady Gaga, the 27-year-old singer felt the heat and opted to offer her own response.

If Adam Levine was going after Lady Gaga, he’ll certainly face a firestorm from her army of fans, known as the Little Monsters, some of whom have already responded. 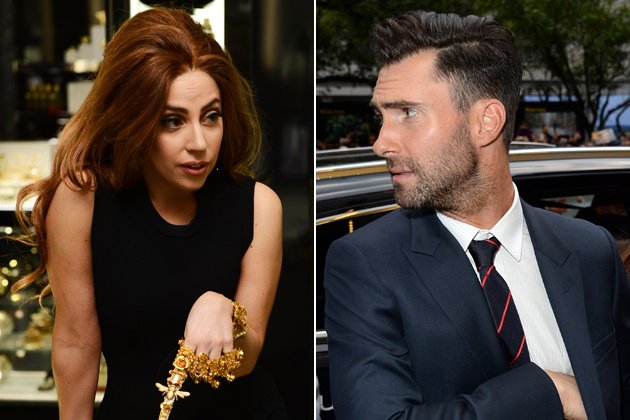 Adam Levine called out Lady Gaga on Twitter for being unoriginal

Lady Gaga certainly tweeted a reply to one fan: “@madelinemonster thats us, changing the world. twisting the panties of one popstar at a time.”

She is not the first female pop star Adam Levine seems at odds with, more like the latest.

He’s also got an alleged beef with his Voice co-star Christina Aguilera.

Their on-screen bickering led many to believe the two disliked each other, however Christina Aguilera recently spoke out to dispel the rumor.

In an interview with Fox News, Christina Aguilera said: “We’re both very passionate, but it isn’t personal with Adam. It never has been. We’re just very strong personalities.”

Before gearing up for the new season of The Voice, Adam Levine has been going hard on social media, sharing intimate moments with his fiancée Behati Prinsloo, and reportedly joining his bandmates in the studio to work on their fifth studio album.

According to Deadline, Adam Levine also has joined forces with his pal, Community writer Gene Hong, to create a semi-autobiographical comedy about his life for NBC.