Kris Jenner posted a brief video of Kardashian family meeting with a number of topics on Keek.

Unfortunately for the Kris Jenner, her offspring didn’t seem quite as concerned to talk as she was, and ignored her pleas to pay attention in the footage posted on Friday night entitled, “Family meeting”.

“This is what a family meeting looks like at my house, ladies and gentlemen,” said Kris Jenner, as she panned the camera around the room, revealing Kim, Khloe, Kylie, Kendall, Kourtney, Rob and stepson, Brody Jenner.

“And there we go, family meeting. Nobody is paying attention to me, nothing ever changes. Thank you, I have no control,” said the momager in her voice-over.

To prove her point, someone in the entourage shouted: “Turn it off!” 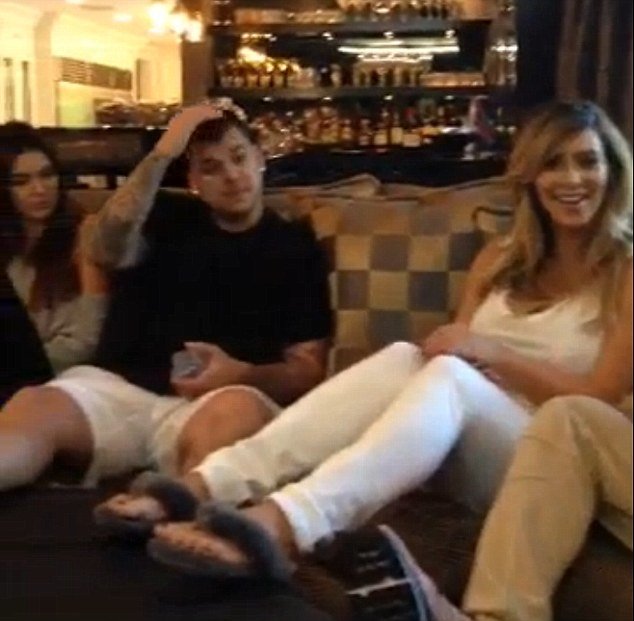 It is unclear what the famous family were discussing or if indeed troubled Lamar Odom even came up in conversation.

They seemed more keen to chat between themselves, as new-mum Kim Kardashian laughed with step-brother Brody Jenner.

Youngest daughters Kylie and Kendall Jenner talked with Rob Kardashian, and Kourtney seemed more interested in touching up their lipstick than listening to her mother’s lecture which was seemingly being filmed for the family reality show.

After devastated by cheating allegations and drug abuse regarding Lamar Odom, Khloe Kardashian, 29, is reportedly still reluctant to pull the trigger and admit that their relationship is over.

But Kris Jenner allegedly has other ideas, and recently took Khloe Kardashian to see a divorce lawyer.

“At Kris’ insistence, Khloe did meet with a divorce lawyer… it was something she was forced into doing by her mom,” a source told RadarOnline.com.

“Kris was very heavy-handed and said Khloe had a responsibility to her sisters, Kim and Kourtney, and the Kardashian brand to distance herself from Lamar,” the website reported.

Later on Friday night, Kris Jenner put her family troubles behind her and attended the William Morris Endeavor pre-Emmy party in Los Angeles.

Posing with Survivor and Amazing Race creator Mark Burnett, Kris Jenner sparked rumors that she may soon be venturing into reality TV.