Si Robertson has a new grandson – Wyatt – from his son Scott. 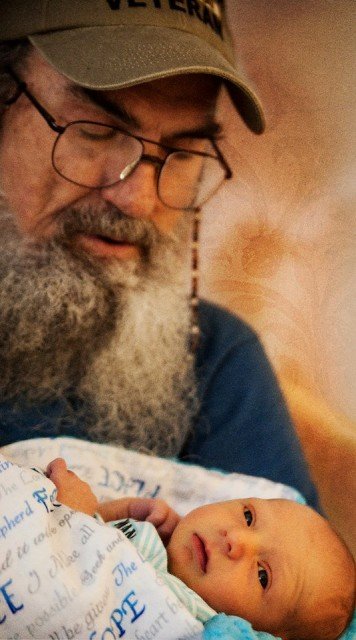 Wyatt is Scott Robertson and his wife Marsha’s fourth son as they have other three boys together: Ethan and twins Logan and Connor.

Like his father, Scott Merritt Robertson, 35, is enrolled in the US Army and had several deployments to Iraq.

Scott Robertson lives with his family in Williamsburg, Virginia.